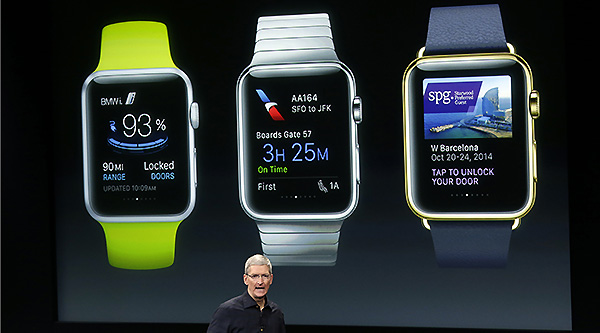 Why Apple Watch’s success or failure could depend on China

When the sun rises on Asia Tuesday morning we’ll know a good deal more about Apple Watch, the product the Cupertino powerhouse hopes will set it apart once again from the competition.  Sure, other wearable devices have already hit the market, but Apple is promising a revolutionary gadget, and we all know that if anyone can deliver on such claims, it’s Apple.

We already know a lot about Apple’s forthcoming wearable – they haven’t scrimped on marketing on this – and we’ll have soon have the final, essential details: launch dates, price, and the finer technical specifications (battery life looks to be the big one here). In the US, the predicted retail price of $349 looks a safe bet. Pricey, but affordable compared to many of Apple’s other products, and a natural add-on for existing iPhone users. This would see Apple Watch retail at €349 in Europe and approximately RMB2,500 in China.

(UPDATE: Apple Watch launches in China, Japan and HK on April 24; other Asian countries must wait)

Many analysts are predicting that Apple Watch is the product that will $1tn market capitalisation mark (it currently stands at $658bn).  However, not everyone is convinced the Apple Watch is a banker for the Cupertino outfit, at least in the US market.

“Apple needs a new product to reduce its reliance on one core product, the iPhone,” David Goldman, CNN’s technology editor, wrote in February. “It won’t find that with the Apple Watch.”

Central to Goldman’s argument is that Apple Watch is simply too expensive for “the slight bit of convenience”, that it offers.

Much of the Apple Watch’s success will hinge on how it is received in the Asian markets, especially China. Echoing Goldman’s views, TechInAsia’s David Corbin feels that the price tag will also be a bridge too far for Asian consumers.

With cheap, reliable competitors like Samsung and Xiaomi, Apple does not have a stranglehold on Asian consumers. The Apple Watch, despite its technological promises, is unlikely to have the same impact on the tech giant the same way the iPhone did.

While many argue that Apple products are too expensive for developing Asian markets, where wages are relatively low and where there are countless cheaper technology options, sales in China and Southeast Asia have been central to Apple’s recent success. China’s 20th Apple Store opened earlier this year, while Forbes reported that iPhone sales in the PRC have outstripped the US:

While there was not a regional breakdown of iPhone sales, Apple did report an overall rise in sales in Greater China (China, Hong Kong, and Taiwan) with $16.1 billion generated during the quarter – a 70% increase year-on-year. … The feeling with the analysts is that China has passed the US in terms of iPhone shipments, with UBS estimating 36% of the iPhone market is in China, with the US now in second place on 24%.

Although average monthly wages remain low in China, there is enough wealth and demand to make it a key make-or-break market for Apple Watch. Even if half of iPhone owners there take a punt on Apple’s wearable gadget, Tim Cook and company could be in for another runaway success. In Asia, at least, it’s less a case of, ‘Can they afford it?’, than, ‘Will they like it?’.

Some other things we might see at Monday’s Apple event:

* Rumors abound that Apple will finally be extending its Retina display to the Macbook Air. This would see the addition of a 12 inch model, which would sell alongside the current 11 and 13 inch models.

* Apple TV has always been something of a side project for Apple, but this could be about the change. A major reboot of its streaming device has been rumored in the last few months and we could see an announcement Monday.

* We’ll be updating on all the reveals from the ‘Apple Watch event’ Tuesday.