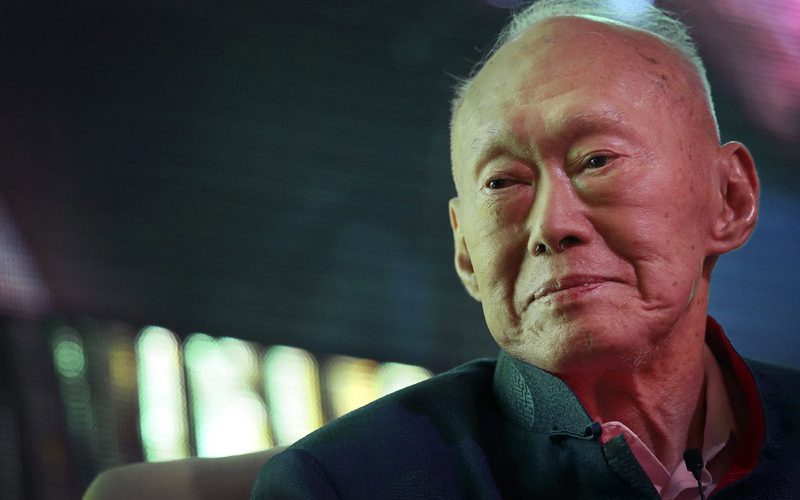 Z is the male student, below 16, who successfully fooled many Singaporeans and two news agencies, CNN and CCTV, into believing that Lee Kuan Yew had died when he hadn’t (yet). For his alleged crime, the police cited a law meant for hackers. If Z had been convicted, it was then suggested by the government-linked media he could face up to 10 years of imprisonment. This was an absurd penalty for something as innocuous as telling people a public figure had died; and perhaps it was meant to send Singaporeans the message that the state means business, especially when it comes to the one who put the “p” in patriarchy.

As it turns out, Z didn’t hack into anything. All he did was photoshop an old announcement and share the image on Facebook. Thus the Attorney-General’s Chambers (AGC) couldn’t prosecute him for hacking and they let Z off with a stern warning.

Why did Z create a death hoax then? The AGC tells us that he wanted to show his friends how easy it was to create one. It was his way of satirizing those who had been spreading rumours about Lee’s death and I think it worked, although perhaps a little too well.

C is for Context

Ever since Lee was hospitalised for severe pneumonia, rumours about his death had been swirling on social media — on Facebook, on Twitter and on the Hardwarezone forums. There was even an amateurishly photoshopped image which sets a tombstone with his picture on it in the middle of a birthday celebration (see image above).

But the funny thing is, despite the lack of verification from the mainstream media and from the Prime Minister’s Office (PMO), many people believed these rumours and were outraged when they realized they’ve been had. In fact, so many people were fooled that the PMO had to issue a statement clarifying that Lee was still alive.

Reprehensible as spreading rumours is, people should really have known better. The doctored images were obviously faked; there had been no official confirmation; and anyone familiar with social media should have known better than to trust everything they read on it.

Then on March 18, frustrated with the rumours, Z had a brilliant idea — if you really want to perpetuate a hoax, at least do it right. So he showed his friends how by doctoring a screengrab from the PMO’s website, making a statement of Mrs Lee’s death look like a statement of Mr Lee’s death. All he did was change the name and the date, and he had a far better hoax than the ones that came before.

After he released it, he informed his friends that it wasn’t real. Clearly, he didn’t intend to deceive the public. What was his point then? I think Z meant to ridicule both those responsible for spreading the rumours and those gullible enough to believe them.

The doctored image was a form of satire. It was as if to say to those responsible for spreading false rumours: If you really want to deceive people, at least do it right; if you’re going to be an unethical person, at least don’t be an unprofessional one as well.

And to the gullible ones: Here’s what a real hoax looks like — a screengrab of an official statement. At least this one is believable. The others are absolute crap and you have only yourself to blame for believing rumours that don’t even appear credible.

I find this quite brilliant actually. Z succeeded where no number of PMO statements would have. He showed people just how important it is to rely on official sources for information and silenced the wannabe hoaxers. Because of Z’s photoshopped image, CNN and CCTV were fooled and humiliated, and many of us eventually got the message: It’s easy to make fake news look real. To get to the truth, go to official sources for information.

The Government isn’t amused though

This is how satire works. It provokes us into challenging assumptions that we have, up to now, been blind to. It ridicules our beliefs to suggest how they may be flawed. Offensiveness is thus an integral part of satire — it is what makes it so powerful. Of course, not all satire is appropriate, and satire isn’t always useful. Much depends on what the society is like and how willing it is to accept satire as a necessary component of the free flow of idea. As for Singaporeans, I think we have a higher threshold of tolerance than the Government gives us credit for.

Regardless, the AGC’s decision to drop the case shouldn’t be taken as an indication of the Government’s willingness to treat satire as a separate class of speech deserving of greater protection than other types of speech. There is no hint of it in the AGC’s press release. In fact, the AGC gave Z a stern warning.

Presumably then, the AGC chose not to prosecute, not because the Government had suddenly changed its mind on the necessity of satire, but because it had no case against Z. There was no proof of malicious intent, no proof that he was responsible for spreading the doctored image outside of his social circle, and strong evidence to show that he had tried his best to clarify that the photo was a fake. Therefore, it is likely that if the AGC had tried the case, it would have lost — even though the judiciary leans heavily against freedom of speech and highly values competing interests such as public order.

Moreover, the PMO’s inability to state clearly whether it had been hacked or not, immediately after the spread of Z’s hoax, was also highly embarrassing. It suggested that the Government lacked a reliable intrusion detection system (a cybersecurity tool) and therefore couldn’t say with confidence whether or not its website had been hacked.

In other words, I doubt the Government was amused, but that just adds to the brilliance of Z’s satirical death hoax.