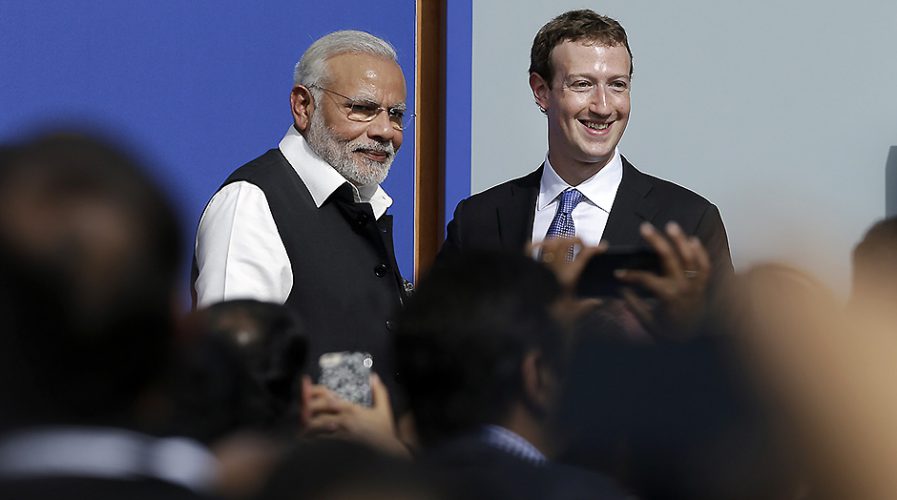 Responding to a question, Modi also vowed to improve education for girls and expand opportunities for women in his country.

Modi got a warm welcome from about 1,000 people at the Facebook event, many of them Indian immigrants and tech workers.

The hour-long session came during a whirlwind tour of Silicon Valley that included meetings with the CEOs of Apple and Google.

The prime minister wass scheduled to speak later at a rally that’s expected to draw 18,000 people to a sports arena in downtown San Jose.

The Facebook Townhall had an eclectic mix of questions. Thoroughly enjoyed the interaction. https://t.co/BVEG6w6QLh pic.twitter.com/ZfLtyorb8X