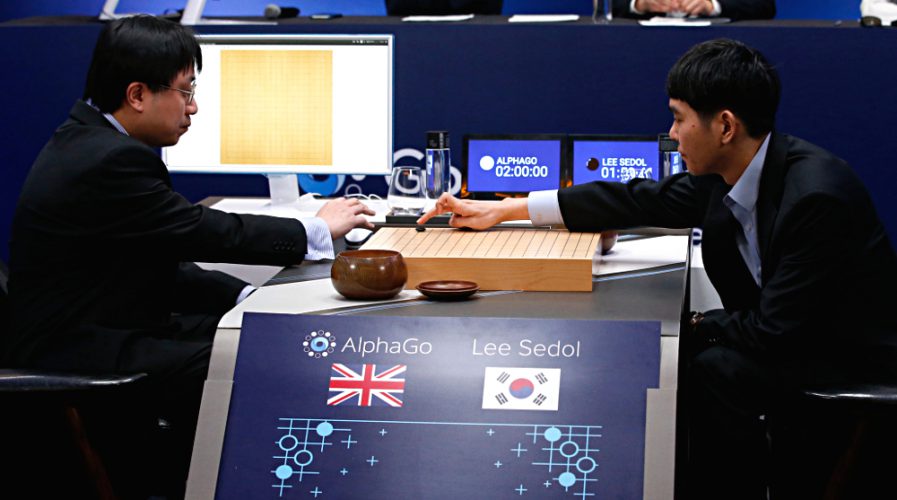 IT’S a new dawn in the Age of Machines, as Google’s artificial intelligence (AI) program AlphaGo has defeated champion Go player Lee Sedol in the first game of their highly anticipated five-game match.

AlphaGo’s victory over the South Korean is a significant milestone, as the ancient Chinese board game was one of the most difficult games for computers to master, due to its complexity and need for creativity.

The near-infinite number of board positions in Go requires players to rely on intuition in making their moves. AlphaGo was designed to mimic that intuition in tackling complex tasks.

AI experts had forecast it would take another decade for computers to beat professional Go players until AlphaGo beat a European Go champion last year.

After the match, Lee told The Verge that AlphaGo’s skill had taken him by surprise.

“I was very surprised,” said Lee. “I didn’t expect to lose. [But] I didn’t think AlphaGo would play the game in such a perfect manner.”

The remaining four matches, all held in Seoul, South Korea, will end by next week on Tuesday.

News of AlphaGo’s achievement grabbed attention on social media as Google’s DeepMind unit, the brains behind the ground-breaking program, celebrated their triumph.

Huge milestone in AI! AlphaGo beats the world champion Lee Sedol! We made history! What an incredible moment! 🙂 pic.twitter.com/Un4imciEYS

Here’s a photo of the game board post-match:

The game, which lasted about three and a half hours, can be watched here: