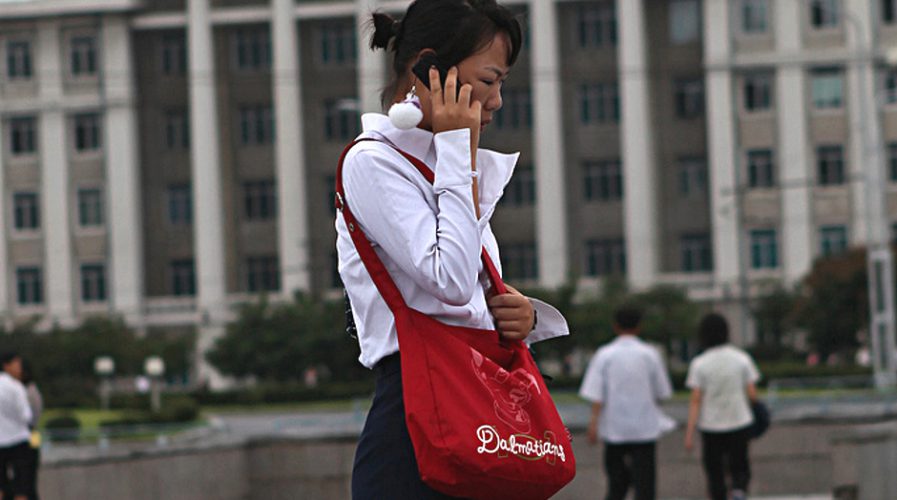 In an effort to maintain his grip on power, leader Kim Jong-un has tightened restrictions and increased surveillance on the flow of information and spread of telecommunication technologies, including mobile phones.

This has led to a thriving “gray market” demand for mobile devices smuggled into the country, known locally as “Chinese mobile phones”, regardless of where they were actually manufactured.

Using a Chinese SIM card (which would cost around 100 yuan, or US$16), those living near neighboring China can then tap into a Chinese telecommunications network and reach out to their loved ones living beyond the border.

However, since the private trade of telecommunications devices from other countries is against the law, those found to possess “Chinese mobile phones” can face criminal charges.

One of the North Koreans interviewed by Amnesty International said: “In a bad case, we would be sent to the political prison camp, where we would expect a long prison term. In a lighter case, we would be sent to a reform facility, and imprisonment would be for 1-2 years. Most people got out with a bribe though. They were caught in the first place because the government detected their signals using special machines.”

North Koreans desperate to make contact with the outside world have therefore been forced to use subterfuge to avoid being caught by authorities.

The report said that North Koreans are forced to take a number of measures to avoid being detected when making calls abroad, like keeping conversations short, using pseudonyms, and heading to remote, mountainous areas to make the calls.

Due to the inconvenience and risk involved, many resort to using “brokers”, who would loan a “Chinese mobile phone” to those who need it, but this option is also costly, as it can cost more than US$500 in fees and bribes.

While there is a domestic mobile phone service available, called Koryolink, with up to 94 percent mobile phone coverage over the republic, only a mere 3 million of the country’s population of nearly 25 million subscribe to it.

Koryolink, which is a joint-venture between Egyptian company Orascom Telecom Media and government-owned Korea Post and Telecommunications Corporation, does not allow ordinary users to make international calls.

As for the Internet, North Koreans have limited access via a closed-off “computer network”, which only connects to domestic websites.