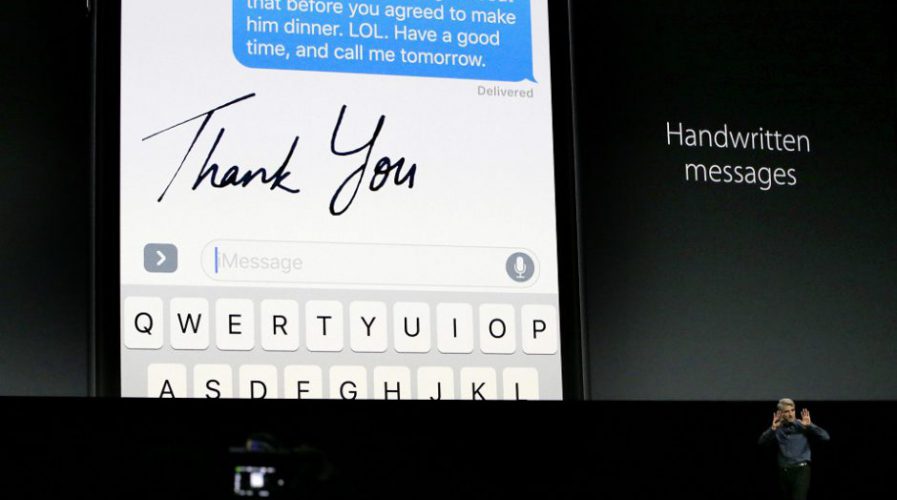 APPLE has announced a whole host of new updates for its next mobile operating system, iOS 10, at their Worldwide Developers Conference (WWDC) 2016, including an iMessage revamp and Siri integration with Chinese apps such as WeChat and Didi Chuxing.

The updates appear to indicate that the California-based tech giant is trying to cater more to its Asian market who adore all things cute and flashy, something Facebook Messenger picked up on in 2013 when it rolled out giant emoticons and “stickers”.

iMessage updates will look familiar to those who already use chat apps like LINE and WeChat, which are popular for their cartoon character-driven “sticker” emojis and full-screen animations (for example, WeChat showers birthday cakes down on the screen when someone types “Happy birthday” in a chat).

According to iPhoneLife Magazine, Apple’s iMessage app will be open to developers who create these animated emojis, allowing users to install and use them in the app itself. Full-screen animations will also be available, with the particularly clever attention-grabbing Bubble Effects reserved for when users really want a message to have impact.

LINE stickers can be purchased, marketing deals are made with brands and celebrities constantly, and the company even sells its own mascot merchandise in a brick-and-mortar store in Tokyo, adding up to its US$1.02 billion revenue in 2015. It would be unsurprising if Apple is itching to duplicate that success with the new update.

Apple gave BuzzFeed News a first look at the next-generation version of iMessage. Here’s what we saw.

Regular emojis also get a huge boost, with a new prediction feature that lets users replace certain highlighted words with the equivalent emojis without having to search for them.

The new iOS will allow users to create ‘handwritten’ messages in fluid movements with their fingers, continuing the brand’s penchant for intuitiveness.

Apple also introduced Rich Links, which allows users to preview the content of a link before they click on it, a feature that Whatsapp already has.

Currently, Siri only operates within Apple apps, but with iOS 10, users will be able to say things like “Siri, send a WeChat to <contact name> and tell them <message>”, and Siri will know to open the WeChat app in order to carry out the command.

iOS users can also book a ride with China’s top ride-hailing app Didi Chuxing using Siri, and even hail cars from inside Apple’s Maps app, according to Tech In Asia.

Another huge update for Apple users will be Siri’s availability on the desktop. Siri will be able to help users do everything on their Macs from adding appointments to the calendar, play music, and open Finder to search for files on the computer.