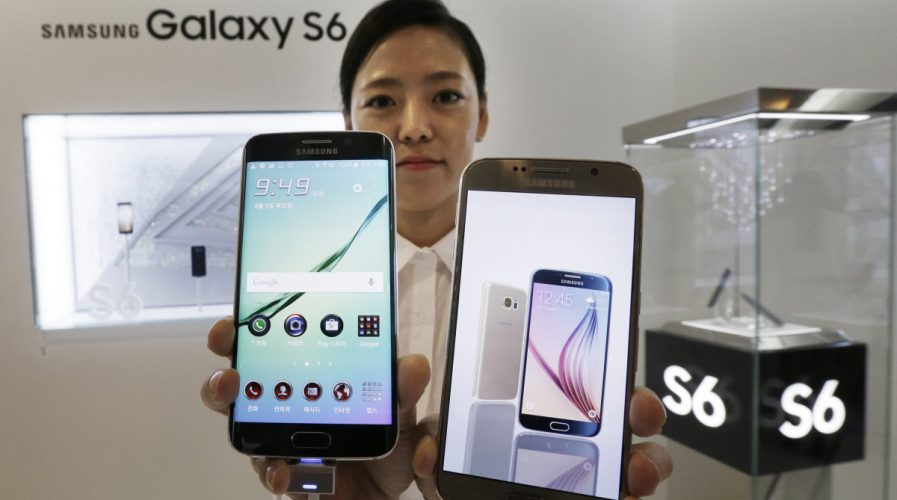 A model poses with a Samsung’s Galaxy S6 and Galaxy S6 Edge smartphones during its launch event at company’s headquarter in Seoul. Pic: AP

ASIAN smartphone makers have near-total control of the global smartphone market. All but one of the world’s top 12 smartphone sales leaders are based in Asia.

Data from a report released by market research company IC Insights has, unsurprisingly, Samsung at the very top, with 81.5 million smartphone unit sales in the first quarter of 2016. The South Korean company was followed by Apple at number two, which sold 51.6 million units in the same period.

The rest of the companies are all based in Asia, according to the 2016 IC Market Drivers Report, with Chinese brands dominating the list – eight of the 12 companies named are headquartered in China. Chinese smartphone makers are led by Huawei (3rd), Oppo (4th), and Xiaomi (5th).

China is a vastly important center for smartphone manufacturing and the list demonstrates the extent to which locals have successfully absorbed imported Western technical know-how. It is also a massive market for smartphone customers, and has for years driven the exponential growth in smartphone ownership.

Conspicuously missing from the list are corporate giants Sony and Microsoft. Long considered technological pioneers and industry giants, they only had sales of 3.4 million and 2.3 million units respectively. The results illustrate the steep climb both companies face in competing in the smartphone market.

Due to the maturing of the market, IC Insights expects the top two firms – Samsung and Apple – to experience a “slight decline in smartphone shipments this year.”