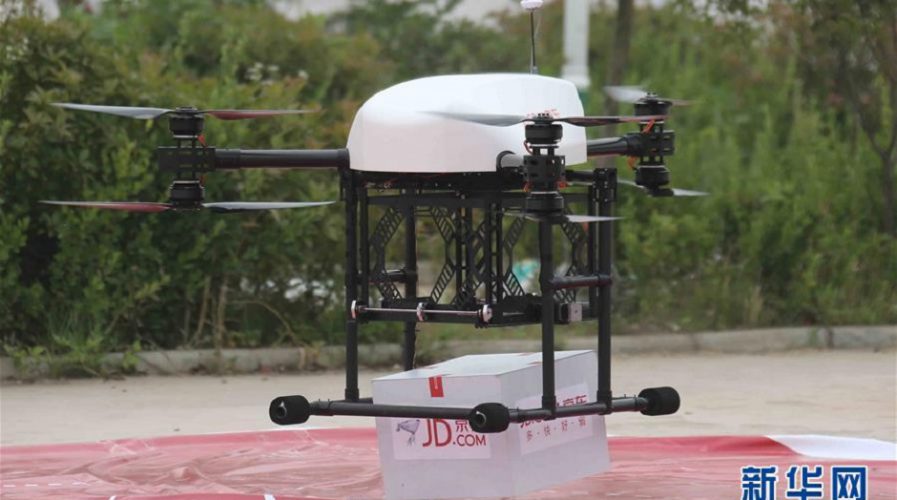 JD.COM, China’s largest business-to-consumer (B2C) online retailer, is vying to be the first to reach the country’s rural areas with the unveiling of its first operational pilot program for drone deliveries, following in the footsteps of the U.S.-based Amazon.

According to Technode, the e-commerce company is deploying at least two types of unmanned aerial vehicles (UAV) to deliver to rural areas from designated distribution centers located outside of Suqian city in the northern Jiangsu province.

The drones can make deliveries of up to 15 kilograms each, as well as load and unload packages on their own, managing up to 200 packages per day in a single flight route and covering a maximum distance of 20 kilometers at 54 kilometers per hour.

While the drones do not deliver directly to people’s houses, they are a huge convenience for those who live in rural areas that are difficult to access even by vehicles as “the roads and things are not very good”, a spokesperson told Technode.

The delivery fees apparently halve to less tham 7.5 U.S. cents (0.5RMB) per parcel when using the UAVs, which fly between the distribution centers before depositing parcels to “village promoters”, who will then sort separate home deliveries.

The service is currently limited to the Jiangsu province, due to regulatory restrictions in other areas in China, and it is not known when JD plans to expand the drone deliveries.