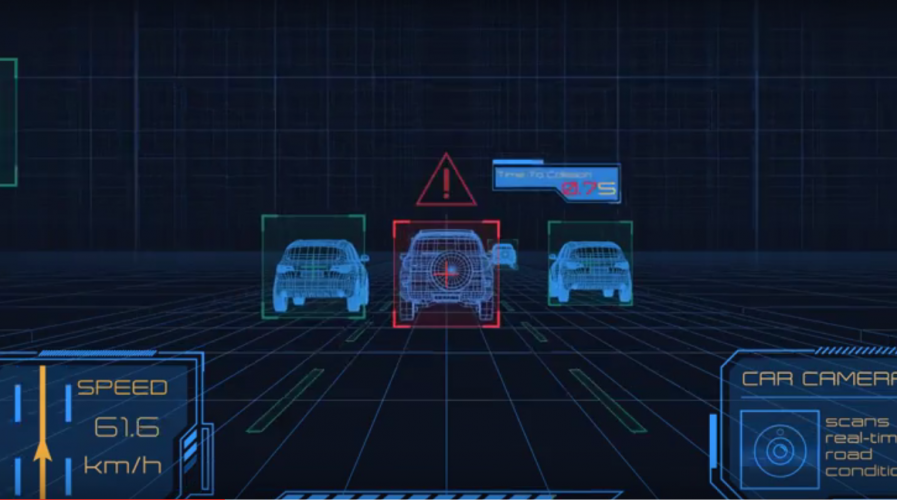 DRIVING in China can be hazardous, with more than 200,000 annual fatalities caused by road accidents – but one start-up plans to help drivers get around dangerous vehicles with their lives intact.

Minieye, a tech start-up based in Shenzhen, southeast China, builds advanced vision algorithms, called a “smart eye”, for vehicles that scans the road ahead and around the driver, identifying various vehicles, lanes, pedestrians, traffic lights and traffic signs.

According to its website, Minieye is a system that can be integrated into a vehicle to predict “rear-end collision, lane departure, pedestrian collision, overspeed, and other driving risks” and alerts the driver of possible danger.

The algorithm is built specifically for China’s roads, where unpredictable vehicles such as trucks bearing precarious loads, as well as tiny three-wheeled mini cars, make driving a rather nervous affair.

Liu Guoqing, CEO and founder of Minieye, told TechNode that the company’s biggest challenge was to build an algorithm that could recognize both regular vehicles and “anomaly vehicles”.

He said: “Large amounts of data [are] required to refine the model in different light and weather conditions.”

The company utilizes 33 vehicles to collect video data over 10,000 kilometers per day, which sounds similar to Google’s Street View cars, which are deployed to collect 360 imagery around the world.

Minieye was founded in 2012 in Singapore as a development project on the Advanced Driver Assistance System (ADAS) technology, funded by the Media Development Authority of Singapore.

The company recently received funding from ZTE Venture Capital in April, which Liu said will be used for algorithm development and pre-install solutions.

Minieye claims to be the leading provider of ADAS technology in China, and are favored by well-known Original Equipment Manufacturers (OEM). They aim to make the technology become popular among the public as a more intelligent and low-cost way of autonomous driving.