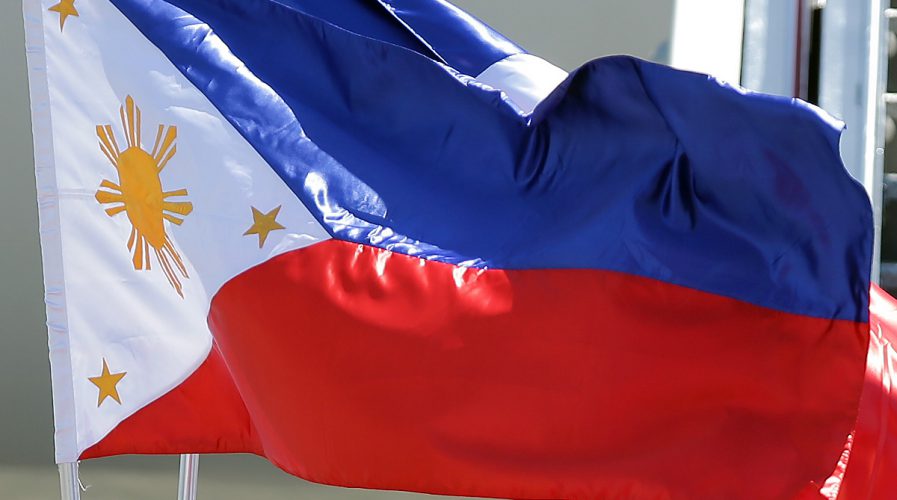 French President Francois Hollande, center right, looks at the Philippine and French flag during arrival honors at the Villamor Air Base in suburban Pasay, south of Manila, Philippines on Thursday Feb. 26, 2015. Hollande is in the Philippines for a two-day visit. (AP Photo/Aaron Favila)

FACEBOOK has apologized over its mistake in posting an ‘inverted’ version of the Filipino flag to mark the country’s independence day celebrations on Sunday.

For some netizens, the posting appeared to be a huge error as an inverted Philippines flag indicated that the country “is at war”.

According to Gulf News, the greeting on the social networking site was designed to be shared with friends. However, the posting bore the Philippine flag with the red band on top and a greeting that read: “Happy Independence Day! Here’s to all of the Philippines’ health, happiness and prosperity.”

The posting was taken down shortly after it first went live following complaints from netizens.

SEE ALSO: Philippines: Journalist calls out Duterte on Facebook for catcalling his wife

“This was unintentional, and we’re sorry. We care deeply about the community in the Philippines and, in an attempt to connect people on Independence Day, we made a mistake,” a Facebook spokesperson was quoted as saying in Gulf News.

The country declared its independence on June 12, 1898, after three centuries of Spanish colonial rule.

A provision in the country’s Republic Act allows the Philippines flag to show the country’s “current” state. The country is said to be in peaceful times if the blue panel is placed on top when displayed horizontally. Conversely, the country “is at war” if the red area is positioned on top.

In September 2010, the Philippine flag was hoisted with the red color on top during a meeting hosted by U.S. President Barack Obama which was attended by President Benigno Aquino III. The U.S. government quickly apologized for the gaffe.

Inverted flags in many countries, including the U.S. and the United Kingdom, indicates a country in distress.