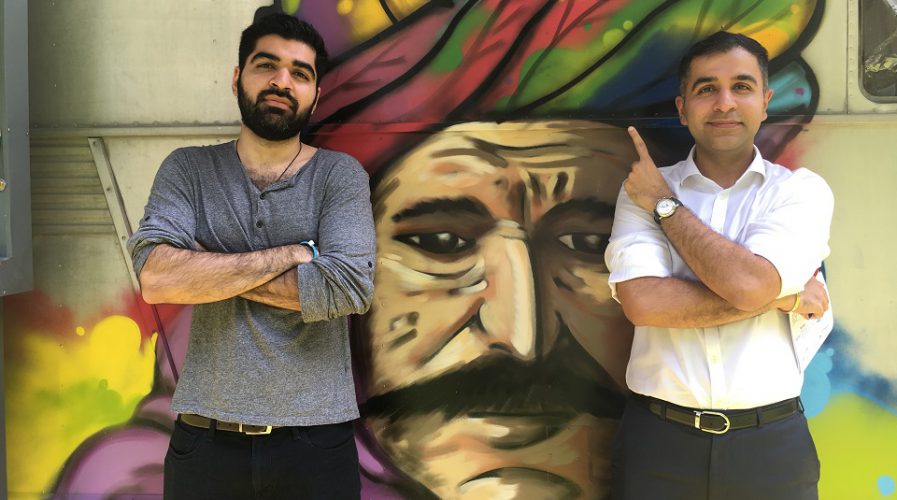 A WHOPPING 93 percent of millennials across Southeast Asia have doubts about their ability to save money effectively, although 60 percent do have a target saving amount, according to a HSBC study cited by Startupbootcamp.

In February, insurance and financial services provider ManuLife conducted an Asia-wide study on the spending habits of millennials, and found that 37 percent overall are in debt, with Malaysian millennials holding the highest proportion (74 percent), followed by the Philippines (50 percent).

The problem is that, according to the studies, millennials seem to be aware that saving is important but are unwilling to give up a lifestyle that allows them to enjoy living in the moment.

That’s where Hektor comes in. Hektor, a fintech startup based in Singapore, wants to to give millennials a fun alternative to the mundanity of banking.

Established by brothers Vidur and Varun Malik just two months ago, Hektor is an app which aims at “supercharging your piggy bank” by helping users determine what lifestyle changes they can make that would lead to savings.

Tech Wire Asia spoke to co-founder Vidur about how the app works:

“I was inspired by the ‘swear jar’ concept; every time you swear, you have to put money into a jar. Pretty soon, you will save up a decent sum of money!

“Imagine if we could extend this metaphor to everything and make it digital; that’s exactly what Hektor is doing. We find this concept extremely powerful in overcoming the inertia of saving money.”

“Some of our users are saving SG$8 for every Uber skipped and MRT taken,” said Vidur. “Therefore, taking the Uber example, you’ll need to skip approximately one Uber per day for 12 months.”

Users can also add more saving rules, such as “Buy less coffee” or “Eat out less” to further personalize their saving plan.

“Via this incremental and automated savings plan, our users can reach their goals without much sacrifice,” Vidur added.

The highly-customizable nature of Hektor means it can easily adapt to any lifestyle. Its systems analyze and correlate data from a number of sources to conclude if a particular saving rule should be triggered or not.

The dream for Hektor is that it will become the go-to for all personal finance needs – Vidur says the company’s next milestone is to have saved SG$1 million (US$739,180) for their users. They also plan to someday introduce a “Hektor debit card” that tracks and plans the user’s expenditure.

“On our end, we can analyze the transactional data from the debit cards and build users’ spending patterns, correlate those with their saving patterns, and identify gaps. Additionally, in the very long term, we will be able to offer safe and automated investment options to our users,” explained Vidur.

Hektor is already in negotiations with a partner institution about issuing the debit card, so users can expect it to be produced fairly soon.

Another feature that may be in the works is a chatbot, which would help with cash transactions that have to be logged into Hektor manually.

“Just last week, we did an experiment with our users where we set up individual WhatsApp conversations to see if manual triggering of saving rules could work,” said Vidur. “We acted as ‘bots’ and spoke to our users like bots.

“The response was amazing. Internally, we started calling the ‘bot’ M.O.M. because one of our users said that the bot reminded her of her Mom, since we kept sending reminders to save money or trigger her saving rules. While we haven’t built that in currently, a chatbot-like saving adviser is definitely on the roadmap.”

Currently, Hektor is only available in Singapore, but the company plans to expand across Southeast Asia next, and then even further towards the U.S.