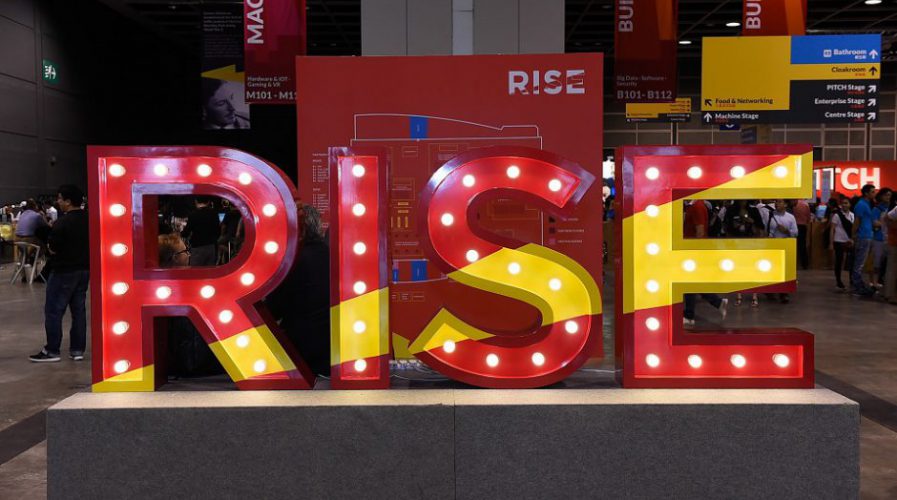 What we learned from Hong Kong’s RISE tech conference

LAST week’s RISE Conference in Hong Kong saw over 8,000 attendees from the world’s biggest companies and smallest start-ups descend on the Hong Kong Convention and Exhibition Center for three days.

The conference, spawned from Europe’s largest tech conference, Web Summit, attracted more than 8,000 attendees, up more than 3,000 on its inaugural year.

Here are the most important things we learned from the three days of networking, panels, and forums.

Li Zijian of China’s top ride-sharing service Didi Chuxing told The Information’s Amir Efrati that the company is looking to dominate the market outside of China, thanks to a billion dollar investment from Apple Inc.

Ten million rides are made using Didi every day, according to Li, most using private car hires. This year, the company also launched Didi Bus to get more people commuting.

Li said: “We do recognize that the ride-sharing market is a highly localized market, so we are very happy and open to work with local partners.”

Watch part of his forum here:

Ray Chan, the man behind the original meme-maker 9GAG, had some valuable advice for anyone looking to create online communities and social media platforms: Get involved.

He said during a panel discussion with Financial Times’ Wang Feng, GogoVan’s Steven Lam, and Lan Kwai Fong Group’s Jonathan Zeman: “Be part of the community yourself. Don’t just think about how to ‘create’ a community.

“Most of the time when you talk about how to create a community, it sounds like you’re the admin and everyone else are just users. Like you want them to do a certain thing and you control them.

“Most users hate that.”

Jain, who owned smart contact app Humin, spoke about why Tinder is as successful as it is now – because it mimics human behavior and improves it, rather than attempting to create a new habit the way many consumer products try to do.

Jain told Chloe Cho of Channel NewsAsia: “I think the key to a lot of consumer products is taking existing human behavior and making it seamless to scale using technology.

“It’s not about changing behavior… We all want to meet people, and it’s not about being scared or not scared, sometimes you’re just busy!”

Watch a segment of his panel here:

Marie Kondo, master of tidying, tells us what to do in order to change our lives

While not strictly a “tech” subject, Marie Kondo’s book ‘The Life-Changing Magic of Tidying Up: The Japanese Art of Decluttering and Organizing’ is a bestseller in both Japan and Europe, and has been published in more than 30 countries.

At RISE, her biggest, most important advice for anyone was to get rid of old underwear:

We asked @MarieKondo what is the one thing that you should always throw out? See what she says right here! #RISEConf pic.twitter.com/UNtEcY3hUe

Keep an eye on RISE’s winner for best startup, My Taxi India

According to RISE, the taxi network won due to its outstanding work in solving the US$15 billion intercity taxi market through a global distribution system.

My Taxi India said after the win: “We were confident going into the final. We knew we were going to make it. Here all people talk is about Uber, Uber, Uber. But we told them what we are doing and how we are different from Uber, and they understood.

“The people here observed that we have potential and everybody is talking about us now.”