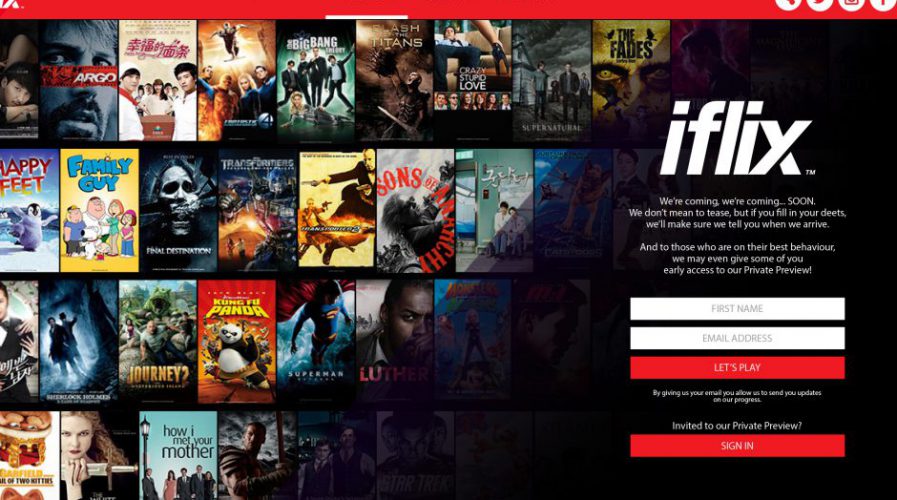 Video streaming service iflix is now available in 18 different countries in Asia, the Middle East and Africa. Image via iflix.

MALAYSIAN video and movie streaming service iflix officially launched in Indonesia yesterday, offering a US$2.93 subscription fee which is cheaper than other similar platforms.

According to Tech in Asia, the on-demand video service shares many similarities with Netflix and Hooq, both of which became available in Indonesia earlier this year.

Hooq’s monthly subscription in Indonesia is at US$3.72 while Netflix was being offered at US$8.19.

The three platforms, the site reported, offered different types and amount of content.

Each iflix subscription allows users to access the service on up to five devices, including phones, laptops, tablets, and television sets. iflix subscribers can also download TV shows and movies from the service’s extensive library for offline viewing – which is attractive as not all areas in the region had stable internet connection.

The service offers a wide array of comedy, drama, cartoons, Hollywood movies, and other programs from the U.K., U.S., and Asia. Exactly one year after launching in May 2015, iflix now claims to have over a million subscribers.

During the launch, iflix Indonesia chief executive Cam Walker,said Indonesia is the fourth market for iflix after previously launching in Malaysia, Thailand and the Philippines, respectively.

In March, European media company, Sky Plc, injected US$45 million in iflix. This is the entertainment provider’s first investment in Southeast Asia.