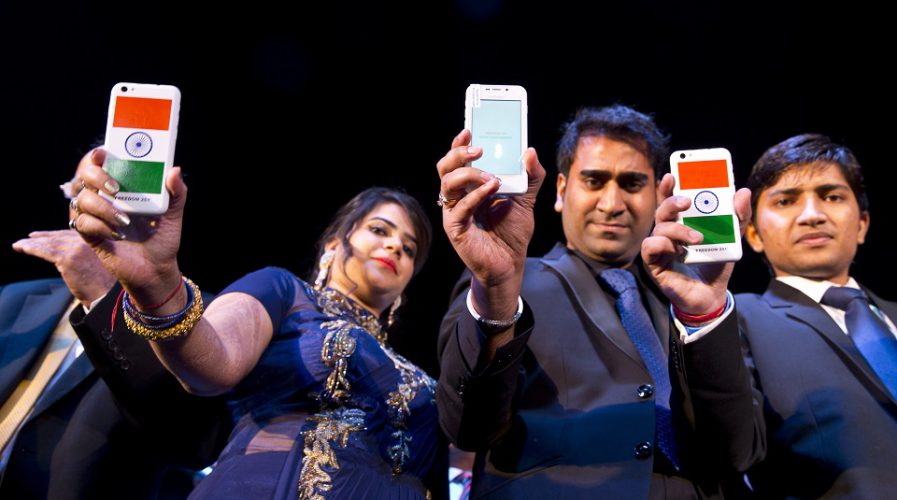 A Freedom 251 smartphone is shown during its release by officials of Ringing Bells Pvt. Ltd. in New Delhi. Pic: AP

INDIAN tech firm Ringing Bells will begin shipping its highly-anticipated 251 rupee (about US$4) smartphone to rural areas in the country on June 30, making internet access affordable for millions.

The Freedom 251 smartphone claim to fame is that it’s the world’s cheapest smartphone. According to the company, there are currently 200,000 handsets ready to be shipped.

The product was first launched in February this year, but Ringing Bells had to delay distributing the device after 70 million people registering online caused their website to crash. The company was also forced to refund over 30,000 pre-orders due to the crash.

For a device so cheap, the Freedom 251’s specifications are fairly impressive, boasting 1GB RAM and 8GB internal storage, which can be expanded to 32GB, front and back cameras, and a 1.3GHz quad-core processor that provides additional processing power when necessary but cuts back battery use otherwise.

There has been some speculation that the device may be too good to be true. In February, when the phone was first released, a member of the Indian parliament, Kirit Somaiya, raised his doubts over the legitimacy of the product, calling it a “huge scam”.

However, the BBC reports that founder and chief executive of Ringing Bells, Mohit Goel, denied the allegations. According to him, the idea of a cheap handset came from wanting to be part of the “digital India dream”.