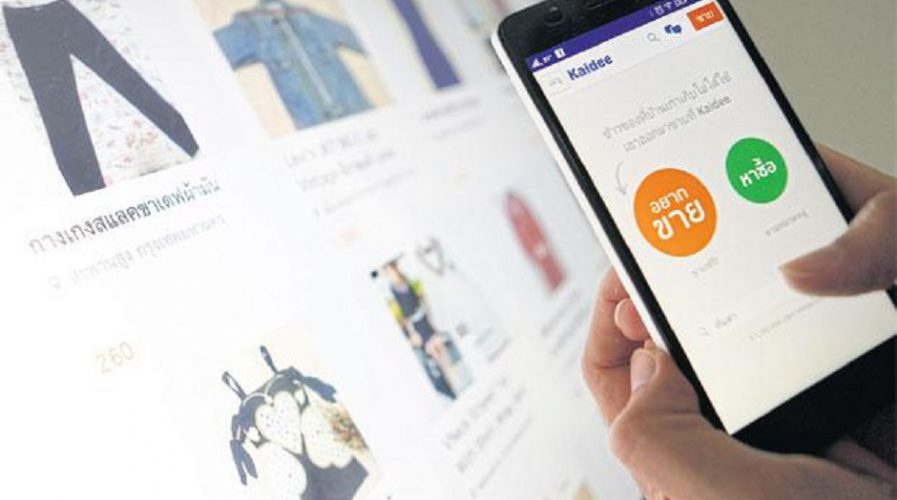 Asians spend the most on in-app purchases compared to any other region in the world. Pic: Wikimedia

MOBILE commerce in Thailand is gearing up for a huge push as consumer-to-consumer (C2C) shopping platforms become more popular among millenials.

Currently, about 50 percent of all online purchases in the country are made through mobile devices, reports the Bangkok Post. C2C platforms that dominate the Thai market, according to EcomEye, include Weloveshopping, Pantipmarket, and Tarad.com.

C2C shopping follows the eBay model of allowing customer to post items that other customers may want to purchase through a third party website or app. Most websites charge a flat fee or commission, but rarely deal with the customers directly.

The use of mobile phones and mobile internet in Thailand is significant, with more than half the population of 67 million using both, according to the International Data Corporation’s (IDC) Thailand unit.

The growth of mobile commerce is also highly influential for social commerce, considering how over 80 percent of digital consumers use social media, particularly Facebook, to find products and sellers.

In fact, Facebook is currently trialing a social commerce payment option that allows user to pay for products listed by Facebook-based businesses without having to leave the platform.

According to Tech Crunch, the trial is running throughout Thailand, where the social commerce industry was estimated to be worth over US$500 million in 2014.

There were 500,000 online merchants in the country, with 10,515 operating online stores through Facebook and another 11,213 on Instagram, in 2015, which are promising figures for the future of app developers.

“We see the future of social commerce in Thailand, and fostering more person to person interaction is the heart of C2C marketing services,” he said.

A report titled ‘Can Southeast Asia Live Up to Its E-commerce Potential?‘ by global management consulting firm Bain & Company said that 85 percent of consumers who live outside of “major metropolitan hubs” conduct online purchases with their mobile phones, showing huge potential for C2C platforms to build loyalties in the communities there.

Thailand’s online retail sales are expected to amount to eight percent of the total retail market by 2020, said chief product officer of Ascend Commerce, Seubsakol Sakolsatayadorn, representing a rise from 1.3-1.4 percent of over US$56 billion (2 trillion baht).

E-commerce in Southeast Asia in general is already a lucrative market. Of 150 million digital consumers in the entire region, two-thirds already shop online, the most being Indonesia with 51 million online shoppers, according to Bain & Company.