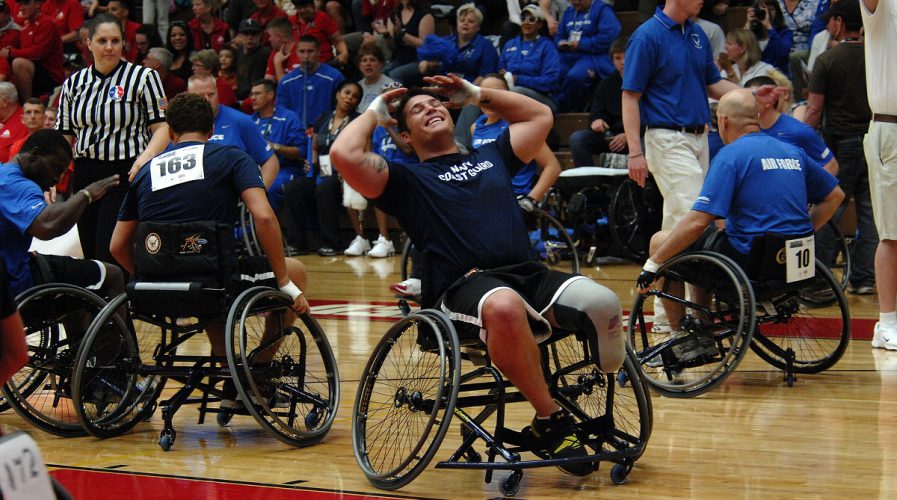 The Apple Watch will make it easier for wheelchair users to track their activities in order to stay fit. Pic: Pixabay

AMID all the exciting announcements about iMessage stickers and Siri integrations, one new Apple feature got a bit lost – but it’s nonetheless an important one. At their annual Worldwide Developer’s Conference in June, the multinational tech mammoth announced that they’ll be updating the Apple Watch to help people in wheelchairs monitor their activities.

The update will make the Apple Watch the first fitness device to cater to wheelchair-bound disabled people, rather than just tracking how many steps a day an able-bodied person takes, overtaking Fitbit in terms of accessibility. The Watch already has a larger face for sight-impaired people and a mono audio mode for those with hearing difficulties.

Although the target market isn’t large enough to make any significant change in sales of the Apple Watch, Apple’s chief operating officer Jeff Williams told Associated Press that it isn’t about “marker opportunities”.

He was quoted saying: “We want to make products that serve every walk or life. We realize that while it was great for messages on the wrist, we wanted to offer this group of people the same opportunity to get healthier using Apple Watch.”

According to the World Health Organization, about 10 percent of the global population (about 650 million people) have disabilities, and of that number, 10 percent require a wheelchair.

"Time to stand" will be "time to roll" for wheel chair users of #AppleWatch. That's great! #Apple #WWDC2016

As wheelchair users cannot stand and walk around, they use plenty of upper body strength to get around. The Apple Watch update instead counts calorie loss in pushes, and includes “time to roll” notifications rather than “time to stand”.

The company also plans to add a number of wheelchair-specific exercises to the wearable device, with a daily goal of 30 minutes.

Apple partnered with the Lakeshore Foundation of Birmingham in Alabama and the Challenged Athletes Foundation in San Diego to find a way to make the product work for this specific audience, recruiting 300 wheelchair-bound people for over 3,000 hours of activity research.