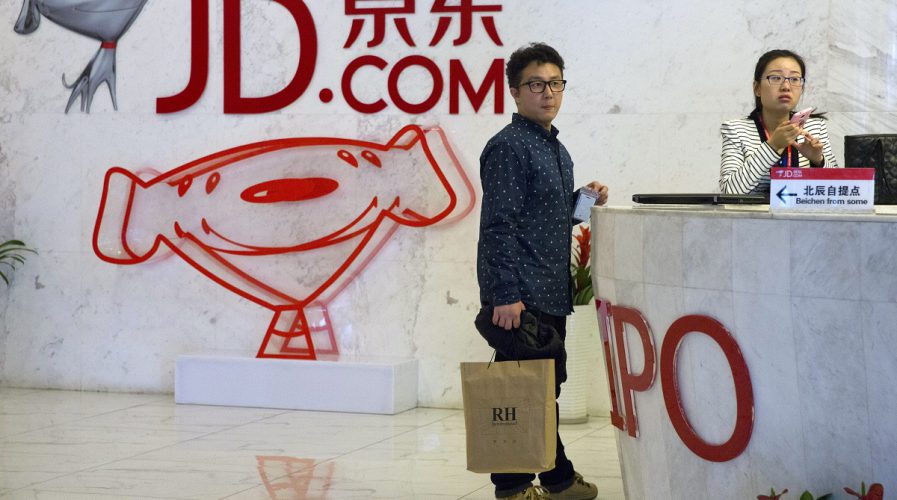 IN an oddly ironic turn of events, Chinese e-commerce giant JD.com has predicted that Brexit will allow British goods to enter the Chinese market at lower prices, rather than the other way around.

Tony Qiu, director of JD Worldwide, made the speculation while at a news conference in Paris after a discussion with French companies about the success of JD.com – also known as Jingdong Mall – saying that British products will become “more competitive”.

According to the Shanghai Daily, Qiu said it is yet unclear whether Brexit will have any impact on the company’s business, which is headquartered in Beijing.

Since the United Kingdom voted to leave the European Union by a majority vote of 52 to 48 percent, the pound sterling dropped nearly 8 percent against the U.S. dollar last Friday, and is forecast to fall 12 percent against the Euro in the next six months.

As China’s second-largest e-commerce platform and a major competitor to Alibaba, JD.com currently has partnerships with French brands including L’Oreal and Evian, and sells the brands’ products through its online channel.

Both JD.com and Alibaba command about 80 percent of online retail sales in China, with the former declaring a revenue of over US$27 billion (181.3 billion yuan) in 2015.

As the U.K. reels from the impact Brexit has had on its economy, the Chancellor of Exchequer George Osborne said in his first interview since the vote that the country is still “open for business”.