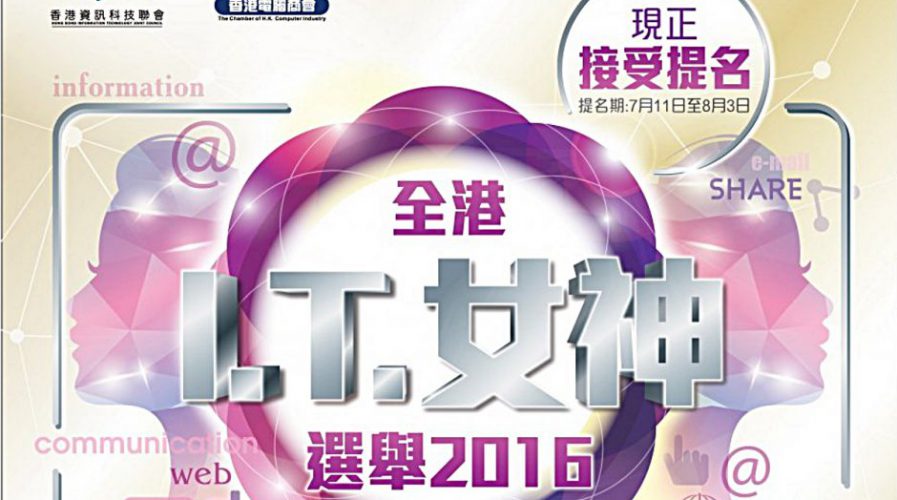 The poster for the Hong Kong IT Goddess Pageant 2016, which has since been postponed after coming under fire for putting “beauty over brains”.

A BEAUTY PAGEANT meant to promote “outstanding women” in Hong Kong’s IT industry drew flack from the public this week for putting more emphasis on contestants’ outward beauty rather than their IT skills.

On Monday, the Hong Kong Information Technology Joint Council (HKITJC) called for applications for the “Hong Kong IT Goddess Pageant 2016”, an event the council said was meant to encourage more women to join the male-dominated tech sector.

The application form, however, raised eyebrows when it became clear that interested applicants would not be required to prove their knack at IT, but would have to submit their body measurements, five photographs of themselves, and a one-minute introductory video.

The form also stated that contestants may be asked to wear “designated clothes” during the competition.

Female IT professionals across Hong Kong have criticized the pageant and the shortsightedness of its organizers, calling it a “disgrace”.

Catherine Tan, founder of Hong Kong-based start-up Notey, told the South China Morning Post: “If the HKITJC wants to promote women in tech, I’d suggest they do so intelligently. The focus on ‘external beauty’ undermines the hard work and ingenuity of all the brilliant women in tech. This is definitely a new low and a step backwards for diversity in the industry.”

Natalie Lung, who runs Girls4Tech, an initiative which aims to inspire an interest in tech among female secondary school students, said that pageants tend to impose unrealistic beauty standards on girls, adding:

“I don’t see how an IT pageant can empower other women to pursue their passion in IT, let alone promote women’s status in technology when they are judged on everything but their tech skills.”

Following the uproar, the pageant has been postponed, with the council saying that they did not mean any offense, standing by its claim that the contest was meant to help raise public awareness about “women and computing”.