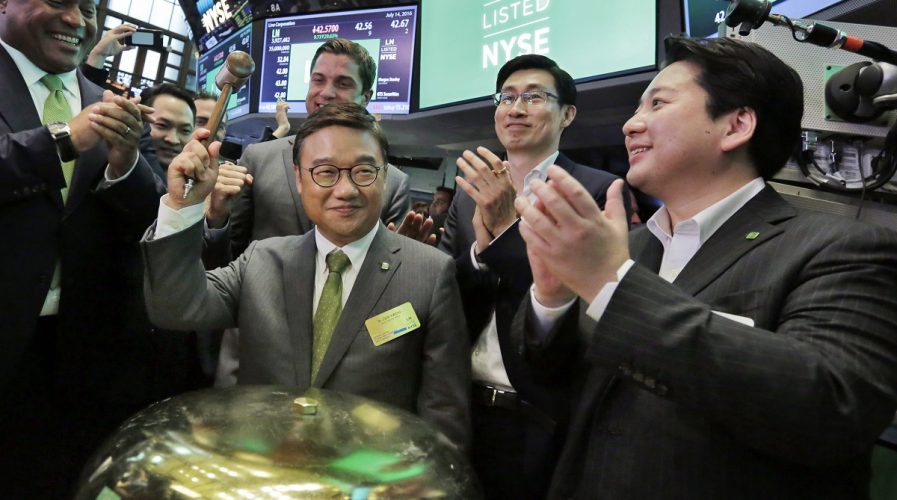 LINE closes at $41.59 after first day of trading on New York Stock Exchange

POPULAR messaging app LINE has closed its first day on the New York Stock Exchange yesterday at US$41.49, down just 41 cents from the price it started trading at on Thursday morning.

LINE, which is most popular in Japan, Taiwan, Indonesia, and Thailand, raised over US$1.1 billion in its initial public offering (IPO). It’s debut price at the NYSE was 33 percent higher than its IPO price of US$32.84.

According to Venture Beat, trades were 15 percent higher than the IPO price on the gray market on Wednesday, which was an early sign that the demand for LINE shares were high.

LINE was billed as the year’s largest tech IPO, and is the first business to raise more than US$150 million in a tech IPO.

SEE ALSO: LINE app looks to build on Asian popularity with one of the year’s biggest IPOs

He was quoted as saying: “Investors have been waiting for this IPO and have put in trying to get shares. We heard most got little or no allocations.”

Today, LINE listed on the TSE, with shares soaring almost 50 percent, reported Reuters. The shares first began trading at 48.5 percent above their IPO price, with investors calling the IPO a success.

This comes despite skepticism from fund managers last month who doubted LINE’s growth plan could work. The criticism was mostly directed at the messaging app’s lack of new market growth, which some worry can lead to stagnation.

But a fund manager at a Japanese asset firm told Reuters today that considering the app is not well-known in the U.S., the IPO has been an accomplishment.