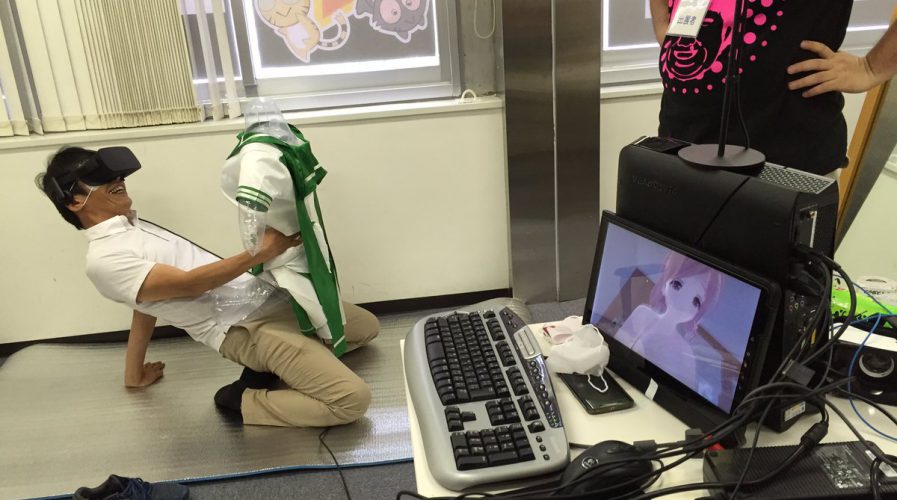 One of the demonstrations at Tokyo’s Adult VR Fest 01. Pic: 2ch

Adult VR Fest 01, set up in the Akihabara district, drew so much attention that the street outside the venue became overcrowded and police eventually had to attend the scene and break up the throngs of people.

About 600 people gathered outside the venue to get inside the festival, reports gaming website Denfaminiko Gamer. 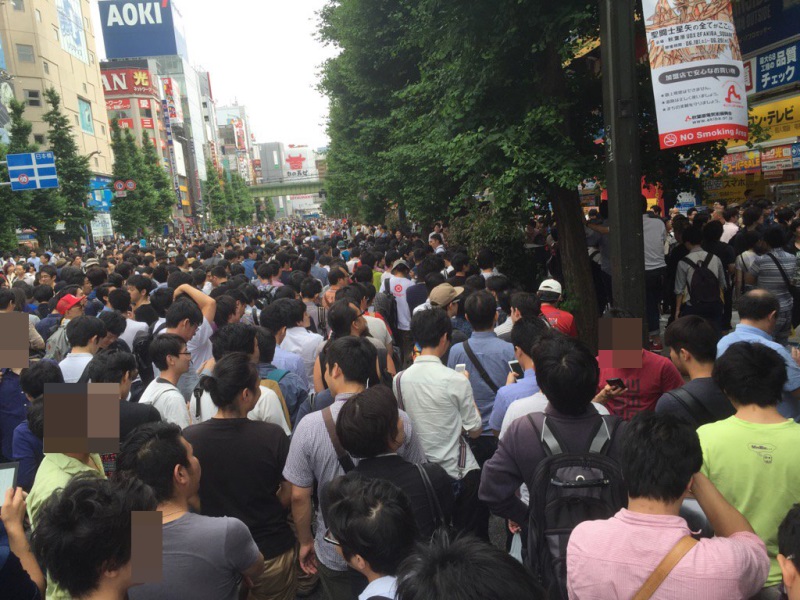 According to Upload VR, a news site focusing on VR developments, a few people did manage to get inside the event and witness all the goings-on for themselves, which, if the preview video was anything to go by, is completely bizarre.

Released in January, the preview video includes the demonstration of a device with a closed fist attached to it that’s designed to… well.

Another invention included a box, and users who placed their hands inside would have air blown on them in such a way that it apparently simulated the feeling of touching a breast.

Other videos of the experiences on display at the festival have been uploaded on YouTube. This one – which seems to completely ignore the fact that touch is probably the single most important sense when it comes to intimacy – tracks the users hands to touch a virtual girl wherever they please.

Arguably the festival‘s most awful and, yet, most fascinating display was one in which the user humps an inflatable doll which bizarrely has no arms, legs or head, while wearing the VR headset. So while he/she is visualizing having a great humping time with a virtual woman, everyone else just sees this:

We suppose you could say the event ended a little… prematurely. Organizers have said they will be holding another Adult VR Fest in August, hopefully they know now that size does matter.