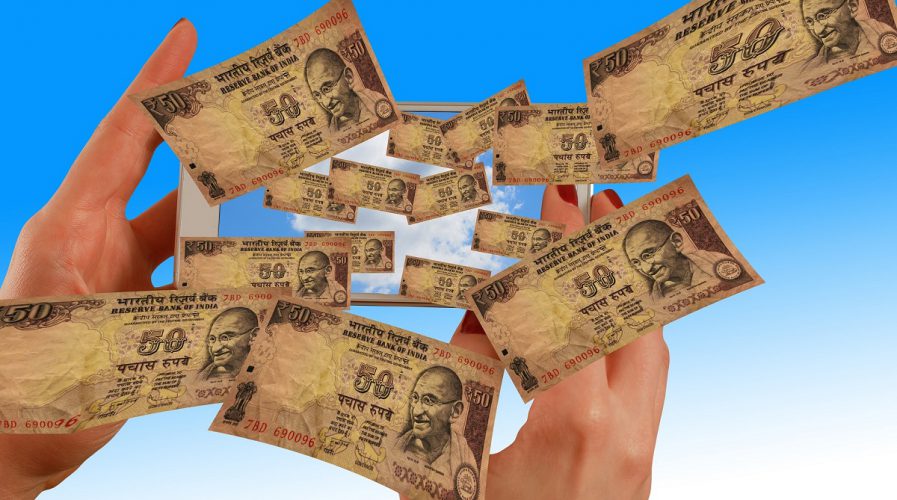 The report predicts that the Indian online financial services market will be worth 15 times its value in 2014 by 2020. Pic: Pixabay

Report says India’s online financial services market will be worth $2.2bn in 6 years

INDIA’S online financial services market will be worth US$2.2 billion by 2020, more than 15 times its value in 2014, according to a new report.

An explosion in smartphone and Internet access combined with the Prime Minister’s People Money Scheme, a financial inclusion program to ensure all Indian’s have access to a bank account, means customer numbers are likely to rise exponentially.

Roughly US$1.3 billion has been invested in India’s fintech sector in the last two years, according to a report from investment bank MAPE Advisory Group and consulting firm MXV seen by the Times of India, and the authors expect that figure to increase dramatically.

“We see the tipping point in 2016, when internet penetration in the country crosses 30 percent. By 2020, digital transactions are likely to account for more than a quarter of the transactions in the banking sector. By 2022, digital banking will have more than 50 percent penetration levels,” the report said.

SEE ALSO: When fintech and travel meet: Amadeus partners with Mastercard and Ixaris

Mobile banking transactions grew from 53 million to 172 million between 2014 and 2015, according to the report, but this was outpaced by mobile wallets like Paytm and Oxigen, which have seen transactions rise from 33 million to 256 million in the last two years.

Separate research from Your Story shows that there are over 500 fintech start-ups in India, which have collectively attracted more than US$1.4 billion in funding since 2012.

“Financial services and the fintech market are as big as the e-commerce market. The sector is almost like a parallel economy,” Mridul Arora, Principal, SAIF Partners, told Your Story.