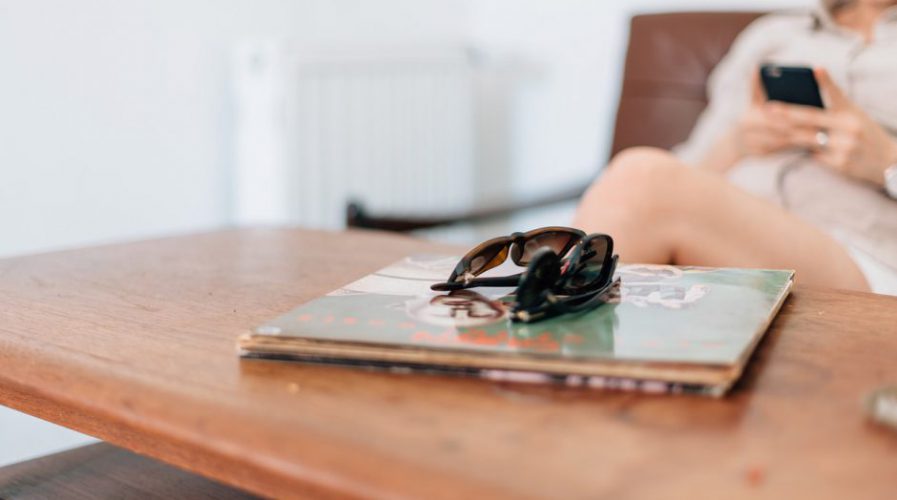 Thais spend an average of four hours a day on their phones when traveling. Pic: Pixabay

Thais spend most time on their smartphones while traveling, survey says

A RECENT study by Hotels.com revealed that Thais are the world’s biggest smartphone addicts when traveling, spending an average of four hours a day looking at their phone screens when on holiday.

It was also found that Thais spend 3.8 hours of an average vacation day sightseeing, 1.6 hours sunbathing, and 3.5 hours on social media.

Dan Craig, senior director for mobile at Hotels.com, told The Bangkok Post that most travelers are using their devices to search for local restaurants, information to help them get around, as well as ways to stay connected with the rest of the world.

He added, “For travelers, the mobile effect begins with bookings, as 67 percent of Thai respondents have booked a hotel on a mobile device.”

“It’s therefore no surprise that today’s modern tourists are so reliant on their smartphones, and as technology advances, they are becoming an indispensable travel companion.” 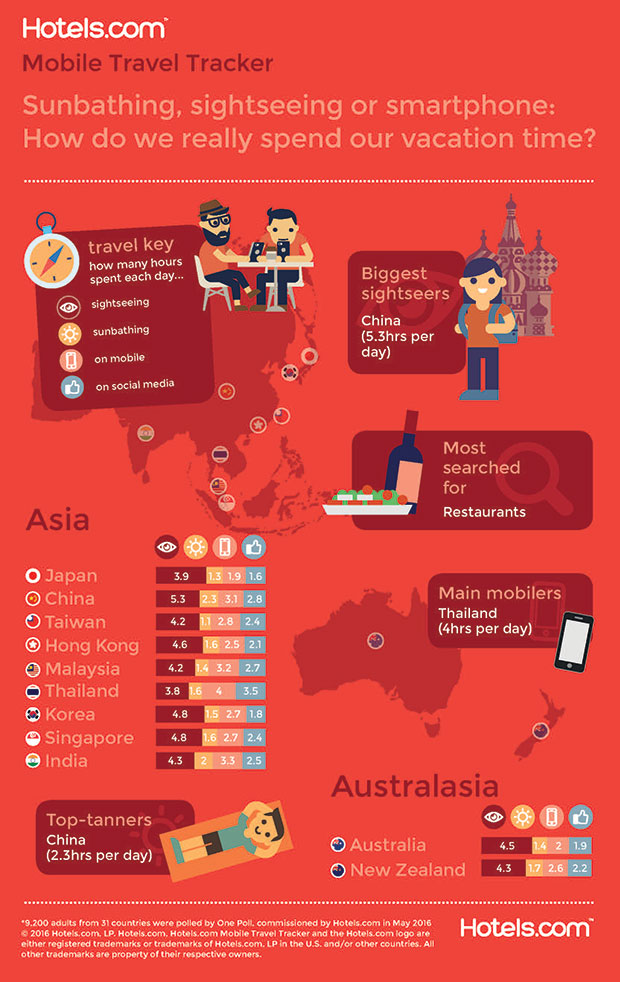 India trailed behind Thailand with the average traveler spending 3.3 hours on their phones, while Malaysians use up about 3.2 hours a day.

However, a significant 68 percent of all respondents admitted to posting holiday photos on social media to make their friends jealous. They’re also more likely to post holiday selfies.

Here are the top Asian countries that spend the most time on their phones when traveling:

Overall, some 10 percent of travelers around the world spend more than seven hours a day on their phones. On the other hand, Chinese travelers spend the most time sightseeing, followed by South Korea and Singapore.

Interestingly, Malaysian travelers were recorded to be the most likely respondents to use mobile map apps to avoid getting lost. They’re also most likely to find the best routes to avoid traffic congestion.

The study was based on 9,200 respondents across 31 countries.