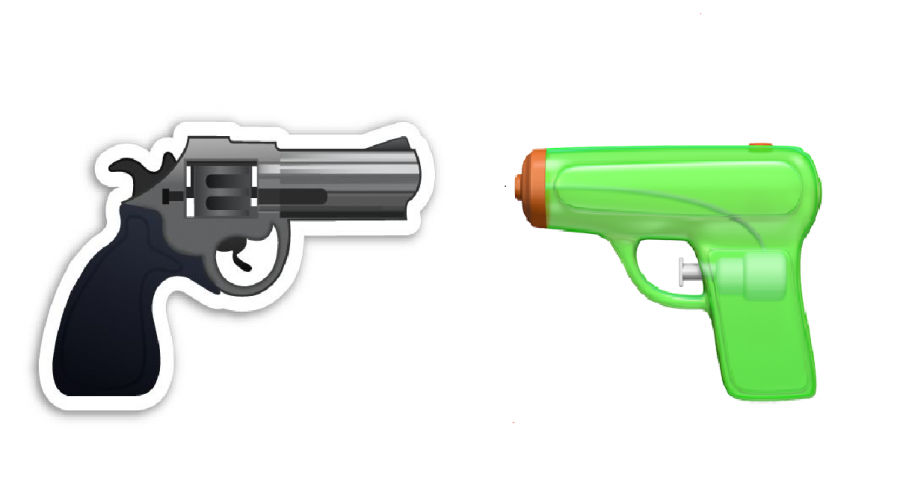 APPLE’s iOS 10 update comes with a host of new emojis, but one in particular is stirring up strong emotions among gun owners and enthusiasts – the gun emoji is to be replaced by a bright green water pistol.

In an effort to be more inclusive, Apple will be providing users with more diverse emojis, to “ensure that popular emoji characters reflect the diversity of people everywhere”. The update includes women in more athletic and professional roles, a rainbow flag, and different family options.

Although the company doesn’t directly address the the replacement of the gun in their announcement on Monday, they said the update will also add “beautiful redesigns of popular emoji”.

The water pistol emoji looks like toy-like and has been praised by anti-gun campaigners as it comes in the wake of ongoing gun violence in the U.S. – there have also been incidents of shootings in the Philippines and Malaysia as of late.

Apple is replacing the pistol emoji with a toy gun https://t.co/nTBF5Px0PE via @sai Our campaign played a role!

I, for one, am excited for Apple to replace the gun emoji with a water gun. Plus, I think my university will love it!

However, the move has drawn skepticism from others:

Apple is phasing out the ? emoji. I wonder if they're doing anything in real life to phase out actual gun violence and police brutality.

Thanks for banning the gun emoji, Apple. This will finally stop ISIS ❤️

People these days so soft they can't handle a gun emoji…

So are they changing ? to a confetti hug? https://t.co/J7qDI30kyI

I’m so glad they did this now ALL THE CRIME IS GONE https://t.co/a8DEhhqRNK

This isn’t the first time Apple has pushed back against emojis with violent connotations – in June, plans to release a rifle emoji were scrapped from the Unicode 9 after Apple campaigned against its inclusion.

According to Buzzfeed: “Apple started the discussion to remove the rifle emoji [and] told the consortium it would not support a rifle on its platforms and asked for it not to be made into an emoji.”

iOS 10 will be available to download in September. A third public beta version was released yesterday, and will include the new emojis, as well as a host of new features in iMessage and a redesigned Apple Music.