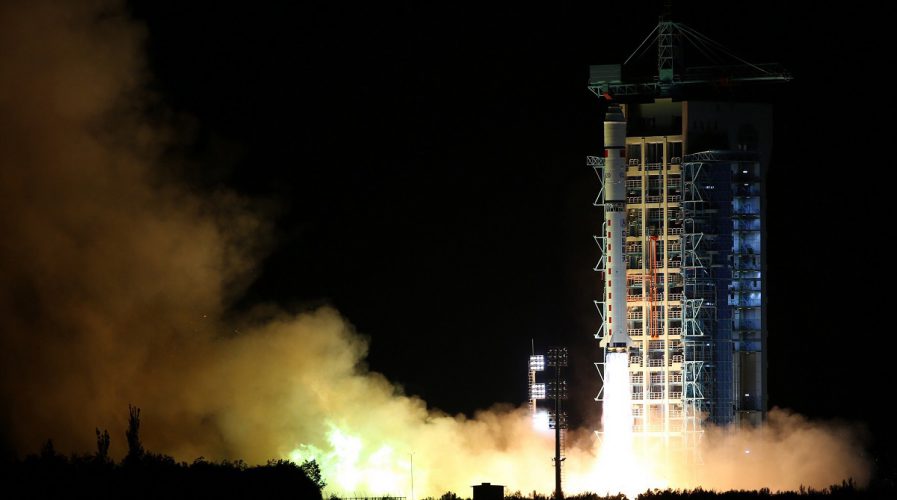 CHINA positioned itself at the forefront of quantum technology on Tuesday when it launched the world’s first quantum satellite from Inner Mongolia in an effort to develop “hack-proof communications” between itself and Europe.

The satellite, named after the ancient Chinese philosopher and engineer Micius, was launched from the Jiuquan Satellite Launch Center in the Gobi Desert.

Formerly known as QUESS (quantum experiments at space scale), and after that, QSS, the satellite will spend the next two years circling the earth every 90 minutes, taking the field of cyber-communications – and potentially, cyber-espionage – into uncharted territory.

Micius’ work involves ‘Quantum key distribution’ – a method of transmitting keys that is impenetrable, rendering it hack-proof. Any external interference with the keys shuts down the transmission immediately.

According to the state-owned Xinhua news agency: “Quantum communication boasts ultra-high security as a quantum photon can neither be separated nor duplicated. It is hence impossible to wiretap, intercept or crack the information transmitted through it.”

Out of all of China’s scientific endeavors, this one is perhaps one of its most important and most forward-thinking.

Commander in chief of the project, Wang Jianyu, told the South China Morning Post: “The QSS missions are something never attempted by other nations. China has been trailing in the footsteps of other for more than a century. QSS will be our first step ahead of others [in space].”

He added that it might be but a small step, but “it is a step for the human race”.

According to an article published in July by scientific journal Nature, the launch of Micius could see more Chinese satellites being launched, which in turn could create a “super-secure communications network, potentially linking people anywhere in the world”.

However, it noted that projects and experiments in quantum tech were also being planned by groups in Canada, Japan, Italy, and Singapore.

“If the Chinese team is successful, other groups should find it easier to get funding for quantum satellites,” Anton Zeilinger, a physicist at the Austrian Academy of Sciences was quoted saying, indicating the Micius is serving as a litmus test for the field.

Although Beijing has not disclosed how much funding the quantum research team was given, scientific advancement has clearly been a priority with a funding allocation of US$101 billion for basic research in 2015. 11 years ago, that figure stood at just US$1.9 billion.