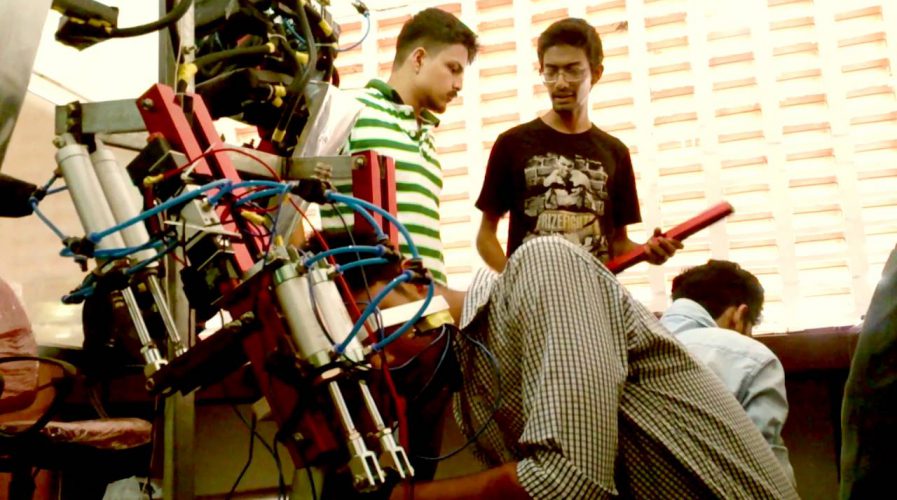 DO you even lift? Indian engineering student Vimal Govin Manikandan answers with a resounding “yes” with the debut of his Iron Man-like exoskeleton robot that can lift up to 330 pounds (150 kilograms) and costs a mere US$750.

Manikandan, a student at the MES College of Engineering in Kerala, created the 220 pound (100 kilograms) wearable robot with the hope it would be used in the military, or for industrial weightlifting and material handling.

His paper titled ‘A System And Method Of Maneuvering Powered Exoskeleton Using Mechanical And Hydraulic Feedback’ won an award at the 2016 International Conference on Mechatronics and Manufacturing (ICMM).

According to the Deccan Chronicle, Manikandan intends to find sponsors to develop his prototype further, which at the moment only allows for limited movement and has a short battery life.

However, the most impressive thing about the suit is its low cost – to put it in perspective, Apple’s iPhone 6 would cost the same amount.

CNET reports that the cheapest walking-assist robotic exoskeleton sets buyers back at least US$40,000.

Manikandan built and launched his first generation exoskeleton robot in September 2015, inspired by the film Avatar.