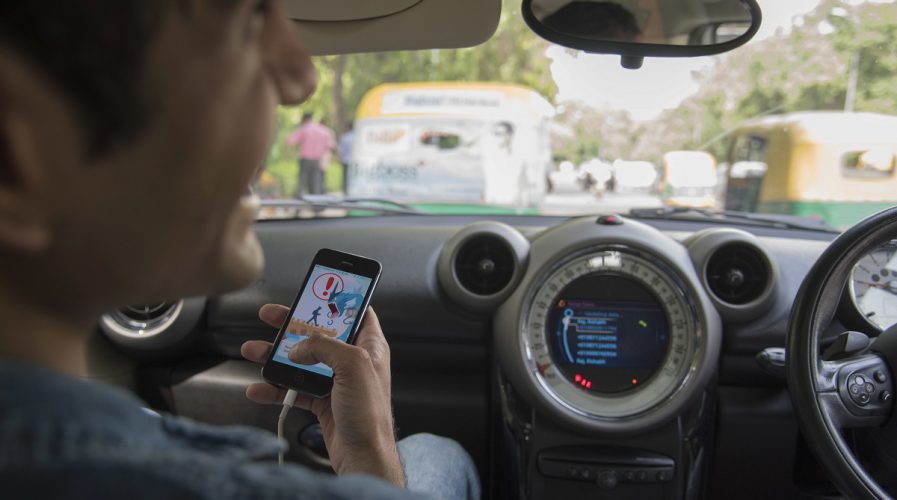 A Pokemon GO player plays the game while riding in the passenger seat of a car. Pic: AP

Pokémon GO has finally launched in SE Asia: Here’s what has happened so far

OVER the weekend, the much-anticipated augmented reality game Pokémon GO rolled out in 15 more countries, mostly in Southeast Asia.

Predictably, lots of stuff has happened since Pokémon GO launched on this side of the world. Here’s what has gone down so far:

A Singaporean found a dead body while playing Pokémon GO

Noor Azmi, 29, was hunting for the pocket monsters out in the Singaporean Woodlands Waterfront on Saturday, the day Pokémon GO launched, when he came across the body of a woman floating near a jetty.

Azmi wrote about it on Facebook, and the post quickly gained traction with over 7,000 shares at the time of publishing.

Early morning finding Pokemon. Suddenly find dead body. Rest in peace whoever you are. Seems like an old lady. Dont think it is due to Pokemon Go **Deleted pics of the body as some find it disturbing**

Police are investigating the woman’s death, and have not ruled out foul play. Azmi told the New Paper that he was simply “in the wrong place at the wrong time” but the incident would not put him off playing the game.

According to an AFP report published by the Straits Times, almost 350 drivers in the island of Taiwan have been fined for playing Pokémon GO on their phones while driving.

Most of the offenders were driving motorcycles while hunting for the characters, said the National Police Agency. Those who are caught using their phones face fines of US$128 (NT$3,000) for car drivers and about US$32 (NT$1,000) for motorcycles.

Thailand’s Culture Minister Veera Rojpojanarat has warned the public of the potential dangers of Pokémon GO, particularly in religious and historic sites – in contrast to the Tourism and Sports ministry, who are reportedly using the game to promote exactly those sites.

Rojpojanarat was quoted by TelecomAsia.net as saying: “As for entering Buddhist Monasteries or historic sites to catch the [Pokémon] dolls [sic], I know Thai people have the common sense to know what is proper and what it is not.” The Royal Palace is also off-limits.

Royal Palace among places Pokemon shouldn't Go in Thailand: The government says the Royal Palace is among the… https://t.co/NBX3DR9hTh

According to e-commerce site iPrice, the Niantic-owned game has already received an online search index score of 100 just two days after launching, 13 points behind the score registered by the World Cup in 2014.

Pokémon GO now ranks third in the index out of all major events recorded since 2008, behind the launch of the iPhone 5 in 2012, which scored 116.

On August 1, before the game launched, the Federal Territories shariah committee in Malaysia declared a ‘fatwa’ or ban on Muslims from playing the game, citing Muslim scripture.

when you've been waiting for so long for the pokemon go available in Malaysia but its haram ?