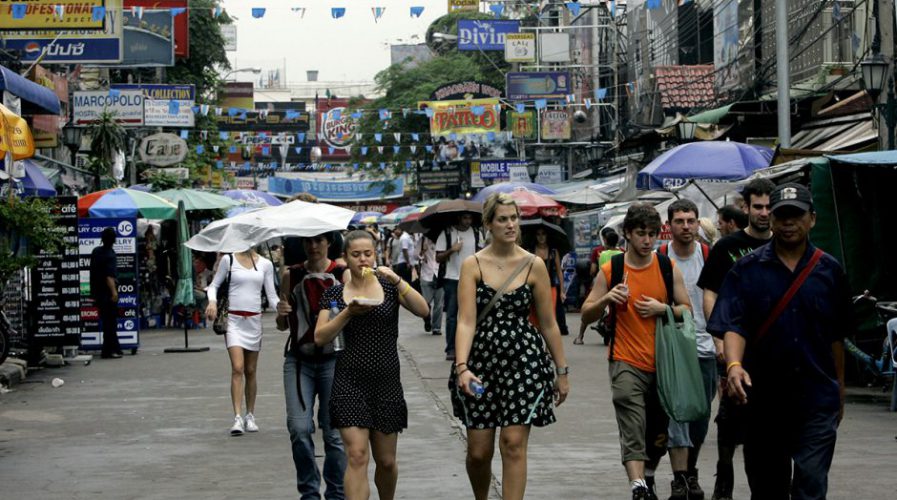 THE junta-led Thai government has unveiled its plan to monitor the movements of foreigners in the country via a special SIM card to be installed in their mobile phones, local media reports.

According to Khaosod English, the Secretary General of the Office of the National Broadcasting and Telecommunications Commission, Takorn Tantasith, said the plans to implement the requirements on all foreigners is currently being reviewed after the national telecom regulator announced the proposal last week.

The policy is expected to be implemented in the next six months.

Takorn said the plan would not only involve tourists but everyone who does not have a Thai passport. The installation of the SIM card allows authorities to track the owner’s location at any time.

He said resident “aliens” on long-term visas such as those for employment, marriage or retirement would not be given any exceptions.

“We will separate SIM cards for foreigners and Thais,” Takorn was quoted as saying on Monday. “The location will always be turned on in this SIM card for foreigners. And it cannot be turned off.”

For twenty years, I've been telling foreigners in Thailand that they must always remember Thais don't like them… https://t.co/0OTGOGyKKq

Takorn claimed a similar plan would be carried in Malaysia and Singapore following a meeting between 10 telco regulators from 10 countries in Phuket on August 2.

Currently, the said countries, including Thailand, require SIM cards to be registered under valid IDs. However, the cards do not link to a “tracking system”.

Takorn said the move was to maintain national security and to tackle trans-border crime.

However, he said tourists who use SIM cards from their own home countries and roaming services are not required to share their location. Instead they would receive a tracking-enabled SIM card if they want, which they can obtain from a Thai service provider by showing their passports.

Takorn said rights and privacy issues relating to the system were not a matter of concern as it was similar to asking foreigners to provide the residential addresses in immigration documents.

“We would just facilitate the police. So they could more easily track foreigners who enter the country and commit crimes,” he said. “The function is not in SIMs card for Thais because we can always easily track them.”

He added the system would not be abused as police will require a court order to track the foreigners if the need arises.