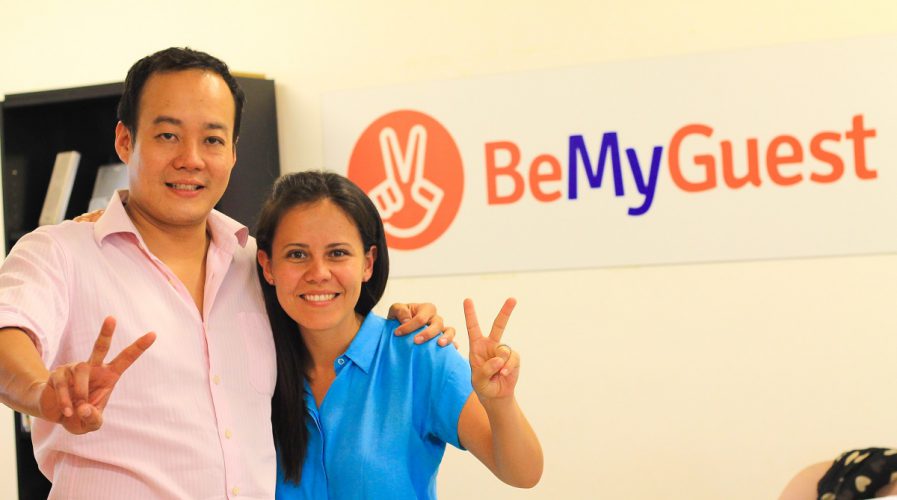 BeMyGuest: Clement Wong on going places with travel and technology

A US$20 fee for an impromptu safari tour one weekend in Kenya took Clement Wong on a rather unexpected journey – it led him to kick-start what is today one of the world’s most innovative companies – BeMyGuest.

It happened several years ago, Clement said, during a business trip in the African nation when he decided to book himself on the tour to the Maasai Mara Reserve.

The driver charged him US$20 for the trip, which he thought would go to the local community.

“Once there, I was curious to find out how far the US$20 would go in sustaining them and what they would spend it on,” he explained.

But the Maasai people had a sad story to tell – they only received US$2 of the fee Clement was charged, while the rest was pocketed by the driver. And if they disagreed with the terms, the driver would simply take tourists to a different village.

So, in a bid to empower local communities and help them benefit from tourism, Clement founded BeMyGuest in 2012, working closely with small to medium-sized travel businesses.

Just four years on, the company has grown to just over 50 people, operates in seven countries, and ranks at number four on Fast Company’s ’50 World’s Most Innovative Companies’ this year, alongside Airbnb and Uber.

It works like this – holidaymakers choose where they want to go, and what they want to do there (eg. Bali, exploring). BeMyGuest then curates a number of unusual activities and tour options from local SMEs.

Clement tells Tech Wire Asia that the company’s success has largely depended on finding the right kind of talent.

“In the beginning, I had to outsource, which didn’t work out and ended up being more expensive and less efficient than having an in-house team, ” he said, adding that it was also hard to get approval for Employment Passes (work permits) in Singapore.

Building BeMyGuest’s technology was, and still is, a constantly evolving work-in-progress. Clement says that the technologies they depend on largely enable them to build better relationships with both customers and other travel businesses.

A sunken lake with aquamarine waters is the hidden treasure of #Melissani Cave on the island of #Kefalonia in #Greece. Double-tap if you wish to experience a boat ride that almost feels like gliding above water! #BeMyGuest Photo courtesy of @telegraph

“Detailed documentation and a tailor-made toolset including hassle-free, one-click solutions [allows] the automation of sales production in matter of days,” said Clement. The company also relies on cloud-based platforms, such as REST API, that allow them to store and deliver data.

BeMyGuest also attributes part of its success to Amazon’s Web Services Cloud, which offers users a host of cloud-computing services that create an on-demand computing platform. “Given the speed of our growth, Amazon AWS is one of the most important [services] that allows us to scale the business easily while delivering a seamless experience for our users.”

As a small startup with just 50 employees, being named as the fourth most innovative company in the world by Fast Company proves that BeMyGuest stands out from the masses of startups currently crowding the ecosystem.

“Our internal travel technology – built by our team of very experienced developers – for attractions, activities, and tour operators make us stand out,” said Clement. “Particularly our revenue management technology, which allows our travel product suppliers to carry out pricing and yield management much like the airlines and hotels are able to.

“With our technology, we are able to connect thousands of these suppliers to the giants of the travel industry, such as airlines, hotels, online travel agencies, and the like.”

The beautiful tradition of wearing brass rings on one’s neck and ear lobe stretching is something better seen in person than in a book. We recommend making a visit to the Akha Tribe the next time you’re in Thailand. Find out more here: https://bemyguest.com.sg/dp/thailand/chiang-rai/visit-doi-mae-salong-for-tea-plantation-and-hill-tribe #travelssbd #chiangrai #akha #hillside #tradition #longnecks

Clement says the company’s biggest hurdle at the moment is scaling the business efficiently, but believes BeMyGuest can make the leap by hiring more talent. He said: “Our key asset is our team, and with an awesome team, we can overcome challenges together.”

Clement has also noticed a trend in the way people plan their holidays now. “Going on holiday used to be flying to the destination, buying branded goods, and taking photos at the tourist spots to show off to friends and family.

“What we have seen now is the evolution from that to experiential acquisition – going on multiple trips each year, and each trip doing something different in terms of experience. From learning to cook Thai food, to canyoning in Cebu, to being a ninja in Japan.”

BeMyGuest’s future is bright, with their office in China recently opened. “We plan to remain focused on Asia by delivering the best technology for both our travel product suppliers and our travel industry partners,” said Clement.