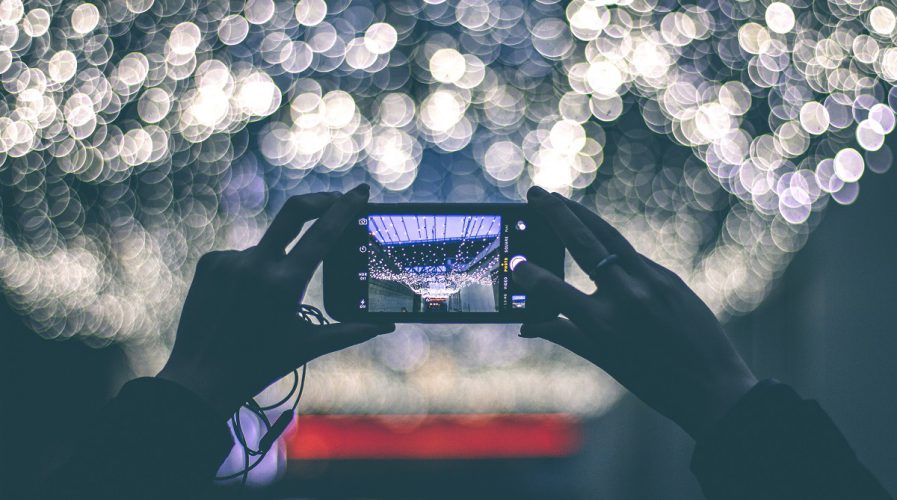 Image via Gabriel Santiago on Unsplash

Report: The future of mobile reveals more connections between people and things

WITH the steady enhancement of mobile connectivity, and the Internet of Things set to integrate itself into every aspect of life, the Ericsson Mobility Report paints a picture of just how connected we will be by 2021.

One of the report’s key findings is that the Internet of Things (IoT) is going to be huge – so huge in fact that it is expected to race past mobile phones as the largest category of connected devices in less than two years.

It is expected to increase at a compounded annual growth rate (CAGR) of 23 percent, which means that by 2021, IoT will make up nearly 16 billion of the total predicted 28 billion connected devices.

Cellular-based IoT technologies, which enables wireless connectivity between various types of devices – including smartphones, tablets, consumer electronics, vehicles, motors, and sensors – is expected to have the highest growth among all the different categories of connected devices with a CAGR of 27 percent.

These mass connections all contribute towards the making of a ‘smart city’ at a macro level – on a micro level, such “devices” include smart buildings, transport logistics, fleet management, smart meters, and agriculture.

There is another market segment of IoT, which is categorized as critical IoT connections. These are characterized by “ultra-reliability and availability”. The report predicts that due to the accessibility of high speed wireless LTE (Long-Term Evolution) connections, we will see many new applications falling under this category thanks to the shorter period of time it will take to produce these new connections.

In Western Europe, the number of IoT devices is expected to quadruple to over 4 billion by 2021, but the number rises even higher in Asia Pacific to about 5 billion connected devices by the same year.

Smartphone adoption and penetration in Asia Pacific has always been impressive, with China, India, and Indonesia topping lists as the largest smartphone markets in the world. This has also been largely compounded by the swift uptake of smartphones in developing countries as they become more accessible.

The report found that connection upgrades to 3G/4G or LTE subscriptions are steadily rising, while people are depending less on GSM/EDGE connections. GSM/EDGE-only subscriptions fell by 70 million during the first quarter of 2016, but overall smartphone subscriptions have increased. 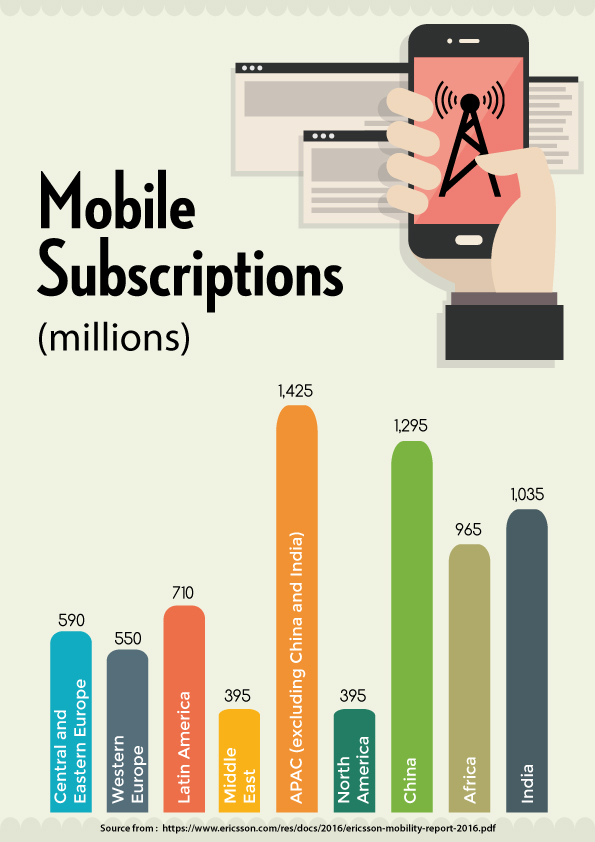 The introduction of 5G – what many are calling the “next major phase” of mobile Internet connectivity – will also offer significant change. “In addition to enhancing mobile broadband services, 5G will enable a wide range of use cases for the IoT,” says the report.

“Greater capacity will allow more devices to be connected and lower energy requirements will extend device battery lives more than 10 times what we see today. Both these characteristics will be critical for the growth of IoT.”

South Korea, Japan, China, and the U.S. are expected to lead the way with the uptake of 5G subscriptions, and the report predicts that there will be 150 million 5G subscriptions worldwide by the end of 2021.

As we become increasingly connected with one another, many other opportunities – and questions – will arise for individuals, businesses, corporations, and governments, on every level. It will become a matter of being able to keep up, and whoever adapts the fastest will continue to prosper.