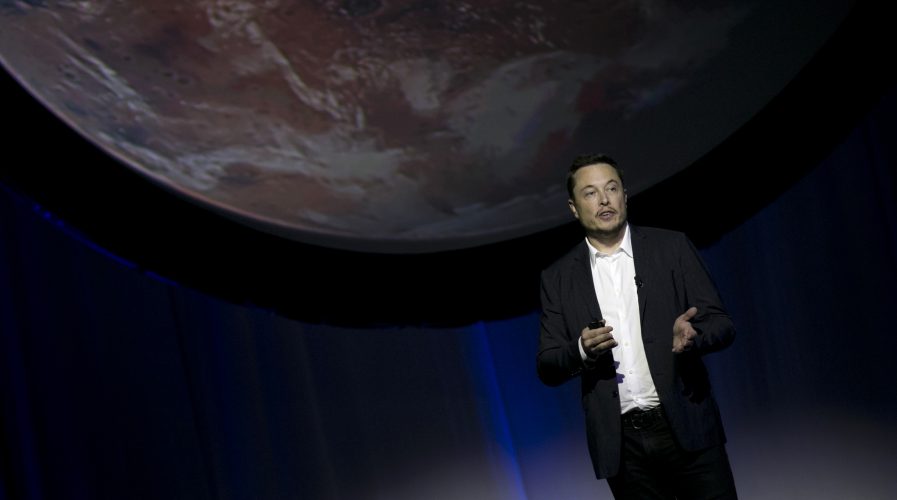 To infinity and beyond: A closer look at Elon Musk’s ‘colonize Mars’ ambition

ON TUESDAY, all eyes on the Internet were glued to a live stream of Elon Musk unveiling details on how he plans on colonizing Mars.

On stage at the International Astronautical Congress in Mexico, he provided engineering details, timelines and beautiful visuals, which Musk said is “very close” to what will actually be built. The announcement shared Musk’s sustainable vision complete with reusable rockets, carbon fiber tanks and spaceships with the capacity of approximately a hundred passengers at one time.

As some may say that 2016 has been perhaps one of the most terrible years humankind has faced, the idea of being able to start over on the red planet is fast becoming an idea to entertain.

But according to the presentation, SpaceX’s Mars colonization efforts are more likely to benefit the future generation. Musk said that it will take anywhere from 40 to 100 years for the colony to be self-sustaining.

A ticket to ride is also way out of reach for the average Joe, as when the SpaceX Interplanetary Transport System is fully operational, it will cost approximately US$200,000 per head to fly out.

Plus, it’s not exactly going to be a cushy ride, as it will apparently take six months of coursing through space to reach Mars and according to the presentation — the chances of the first batch of passengers dying on the maiden voyage are “quite high.”

Beyond the price per head to go to Mars, the total estimated cost to develop the rocket will be a cool US$10 billion — which Musk does not seem to have the cash upfront for yet. He even admitted that the project “is going to be a huge public-private partnership.”

To add on, Scott Pace, the director of the Space Policy Institute at George Washington University (and also ex-NASA) told the New York Times that he felt Musk didn’t tap into his funding plan well enough in his presentation.

“Other than emotional appeal, however, it didn’t really address why governments, corporations or other organizations would fund the effort,” he said and opined that the project was “possible, but not probable.”

While Musk begins fundraising efforts for his Martian dreams, his arch rival Jeff Bezos and his space company Blue Origin also has plans to relocate millions of humans to outer space. As Amazon reported earnings of around US$33 billion in the third quarter of this year, Blue Origin has deep cash reserves to dig into compared to SpaceX and isn’t under as much pressure to be profitable.

As colonizing an alien planet should be purely an effort to save humanity from its inevitable fate, perhaps some competition in the space should be seen as a plus point.