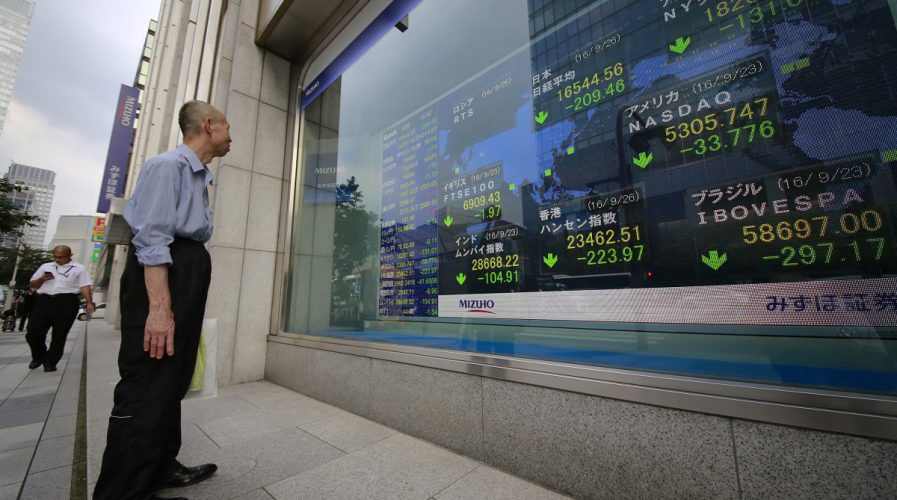 A man looks at an electronic stock indicator of a securities firm in Tokyo. Pic: AP

AS stocks in Japan remain unsteady, one unlikely ship seems to have found its sails – the video game sector experienced a rare moment in the sun as investors showed more confidence in Nintendo, Sony, and others on Wednesday.

The Nikkei Asian Review reported that video game-related stocks did well due to growing expectations that technologies like virtual and augmented reality will generate huge business opportunities within the industry.

According to Goldman Sachs, the global market for AR and VR gaming technology will be worth US$95 billion by 2025.

Nintendo, who released the much-loved Pokemon Go AR game in July, saw their stocks ending higher at US$270 (27,130 yen). Between Pokemon Go and the impending release of a mobile game version of ‘Super Mario Run’ for Apple’s new iOS 10, as well as the expected launch of the Nintendo NX game console in 2017, investors are encouraged by the company’s competitive edge – but Nikkei adds that stock analysts aren’t sure what Nintendo’s share target prices will be in the near term.

Sumito Takeda, from UBS Securities Japan – which recommends investors sell Nintendo shares – was quoted saying that there was no way to estimate how much the Nintendo NX game console might contribute to earnings, “since we only have limited information about it”. He added that the current expectations for Nintendo’s long-term growth are “excessive”.

Overall shares in Japan fell this week, with the Topix index dropping by 1.7 percent, the biggest drop in two and a half weeks, and left the yen at 100.62 to the US dollar. However, Bloomberg reports that Asian shares are expected to end its best quarter since 2012, as investors begin losing confidence in the U.S. after the first presidential debate between Hillary Clinton and Donald Trump.