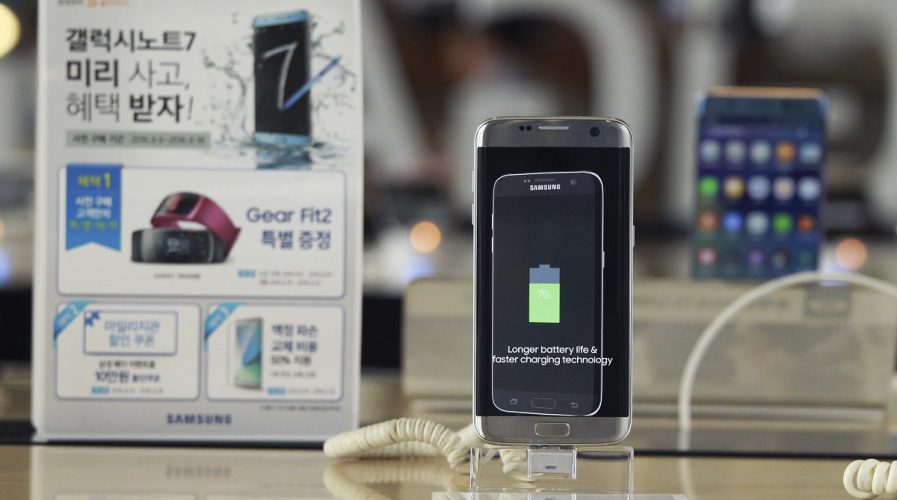 SAMSUNG Electronics Co. made good on its promise to replace the batteries in the notorious Galaxy Note 7, but it’s not out of the woods yet – the South Korean tech giant is now looking into consumer complaints in both its home country and the U.S. that some of the replacement phones received are overheating during calls.

According to the Wall Street Journal, the company has received several complaints that the phone became too hot to hold to one’s ear while making a call, which no doubt has sparked fears that the device may burst into flames in their hands. Samsung, however, said the heat is no cause for concern.

In a statement Wednesday, Samsung said: “There have been a few reports about the battery charging levels and we would like to reassure everyone that the issue does not pose a safety concern.

“In normal conditions, all smartphones may experience temperature fluctuations.” The company also claimed that 90 percent of Galaxy Note 7 users have been choosing to replace it with the new device rather than asking for a refund or looking towards another brand.

Samsung issued a recall for 2.5 million Galaxy Note 7 phones earlier this month across 10 countries after dozens of reports of the phones catching fire or exploding while charging. Sixty percent of the phones sold in both the U.S. and South Korea have been replaced, said the company.

There’s still smoke on the horizon, though.

On Monday, a customer in China reported that his brand new Galaxy Note 7 exploded and burned two of his fingers and his Apple MacBook. In an e-mailed statement to Bloomberg, Samsung said they are in contact with the customer and plan to examine the device once it has been received.

However, it looks like they won’t be getting their hands on the device – Bloomberg reports that Hui Renjie, 25, has declined to give the phone to Samsung because he does not believe that the company will reveal the true reason for the explosion.

In India, Samsung is delaying the launch of the Galaxy Note 7 – giving rival Apple a massive head start in the run-up to Diwali, India’s biggest festive season.

According to the Economic Times, three senior executives said Samsung wishes to recall all 2.5 million devices globally and replace the batteries before relaunching them in South Korea, U.S., Australia, and Singapore, the company’s key markets.

The company was hoping to launch the Galaxy Note 7 in India this week, but is now aiming to launch it just before Diwali begins.