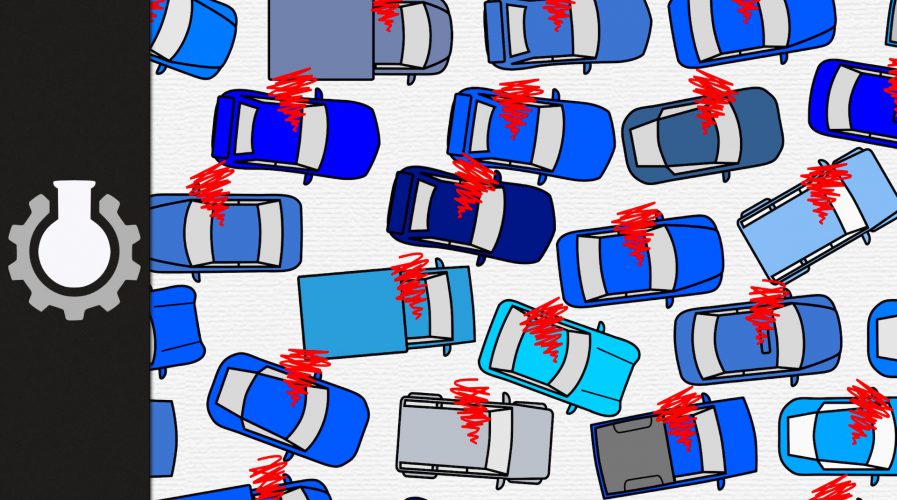 What happens if you eliminate the most inefficient and unpredictable element of driving – human beings – from the road? Traffic will disappear and the roads will be safer.

Or at least that is the theory behind the above video posted by blogger CP Grey and republished on Jalopnik.

At times driving can become mundane, particularly in big cities full of intersections backed up with traffic. Traffic jams can seem endless and people get easily distracted as they wait patiently (or impatiently) for the traffic lights to change.

The traffic lights then change and people eagerly, yet cautiously, drive off in turns – but not simultaneously or in perfect unison.

In stark comparison, self-driving cars could accelerate together, simultaneously in response to the changing traffic lights. The theory goes that if all cars did this, more cars would make it past the traffic lights before they turned red again.

“Co-ordination, and not cars, is the problem”, the video explains. “As people are monkey drivers with slow reaction times and short attention spans”.

Limited co-ordination reduces how many cars can get through at an intersection. When one car backs up to the next that is when city sized cascades happen, taking forever to clear, the video adds.

Additionally, even on a highway with no intersections, a ‘phantom traffic jam’ can happen when one driver has to suddenly break due to an unexpected event, forcing other cars to slow-down and eventually stop for miles behind. If drivers could corroborate to accelerate and separate simultaneously easy driving would return.

Similar conclusions as to why traffic jams occurs were reached by mathematics at Universities of Exeter, Bristol and Budapest in 2007.

According to current statistics from The World Bank, 1.17 million people every year die in road crashes around the world. About 70 percent of these deaths occur in developing countries, so something definitely needs to be done to improve the roads.

However, although some self-driving cars are expected on the roads by 2020, including a self-driving taxi in Singapore, it will be a long time before human drivers are completely replaced by autonomous vehicles.