Snapchat has reportedly filed for the biggest tech IPO since Facebook and Alibaba. Pic: Snap Inc.

SINCE clocking 150 million daily users (surpassing that of Twitter’s) wasn’t enough for Snapchat, the social media app has just announced some big changes.

For starters, it has rebranded to Snap Inc., which makes sense since the four-year-old company has extended its offerings past its messaging app, but it has also announced a complementary hardware product. Spectacles is a pair of video sunglasses that allow users to take 10-second clips from the first-person vantage point.

The idea behind the glasses is to offer a very different hands-free snapping experience for users, since Spectacles’ camera uses 115-degree-angle lenses – which is wider than what the average smartphone has. Footage recorded using the glasses will also be circular, which is more similar to human vision.

Priced at US$129.99, Snap’s CEO Evan Spiegel told the Wall Street Journal that they’ll be cautious in their rollout of the glasses: “It’s about us figuring out if it fits into people’s lives and seeing how they like it.” Like any tech company releasing a newfangled product, there needs to be an initial process of testing, feedback and iteration.

The consumer gadget arena is beyond crowded, and venturing into the hardware space is an extremely cash-intensive feat. But as the unicorn company, worth US$16 billion at last count, is projected to generate about US$350 million for this year — they can afford to run experiments that could very well produce a runaway hit.

If anyone remembers Google’s big blunder when it came to its ill-fated foray into the glasses space, one should wonder if Spectacles will go down the same path. Google Glass was announced to much wonderment and fanfare, and was tested through its ‘Explorers’ program, but it still flopped after years of effort. 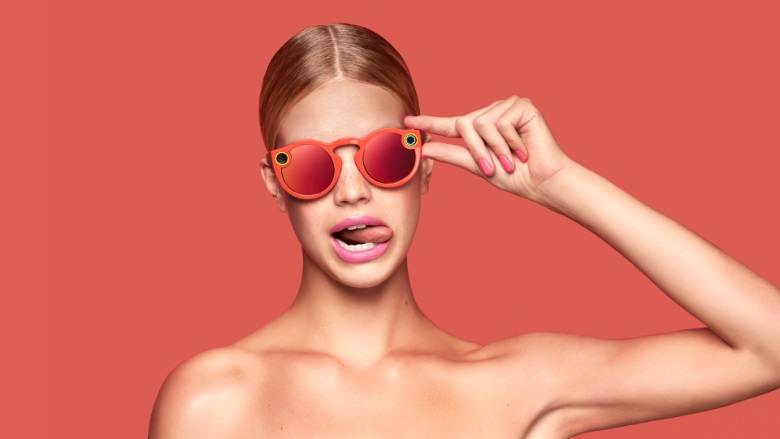 It would seem though, that Snap is taking a leaf from Google’s book and avoiding the very mistakes that it made with Glass. First off, Snap’s glasses are hip and attractive, and have a friendly price point (compared with Glass’ inaccessible US$1,500 price tag).

The most significant difference though, is that Spectacles offers one very easy-to-use function – you simply slip the glasses on like you would any pair of shades and tap a button near the hinge to begin recording. Google Glass, however, was a headset that offered cutting edge augmented reality technology that would take too much education for the average user.

Spectacles will arrive into users’ hands in time for Christmas, and it will be interesting to see if it sinks or swims. But based on Snap’s popularity with users and uncanny ability to deliver what they want, the stylish video shades will likely be a success.