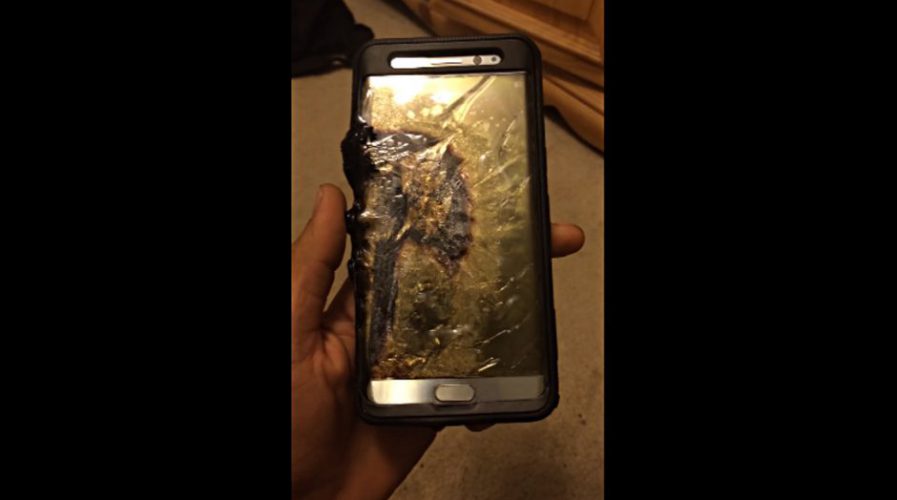 FOLLOWING a spate of batteries exploding in the new Galaxy Note 7 smartphones, Samsung Electronics has urged South Korean customers to stop using the phone amid a worldwide recall.

Dozens of users have received nasty surprises when their Galaxy Note 7 smartphones suddenly caught fire or exploded – in one incident, the phone burst into flames while being charged in an Australian hotel, causing about US$1,326 worth of damage, which Samsung offered to cover.

In a statement on its website on Saturday, Samsung advised South Korean users to visit the company’s service centers to hand in the phone, and receive rentals ones to use temporarily. Galaxy Note 7 users will receive replacements of the device after new batteries have been put in from September 19, said Samsung.

The tech giant has begun recalling 2.5 million Galaxy Note 7 smartphones worldwide, just two weeks after it launched. At the time of the recall, Samsung confirmed 35 incidents of combusting batteries.

An official statement on the website said: “We are currently conducting a thorough inspection with our suppliers to identify possible affected batteries in the market. However, because our customers’ safety is an absolute priority at Samsung, we have stopped sales of the Galaxy Note 7.”

The U.S. Federal Aviation Administration (FAA) warned airline passengers on Thursday not to turn on or charge their Galaxy Note 7 devices while on board a flight. They also warned against putting the smartphone into checked-in luggage.

The U.S. Consumer Product Safety Commission (CPSC) also joined in on the warnings, saying Galaxy Note 7 users should turn the phone off and stop using them altogether because of the explosion risk.