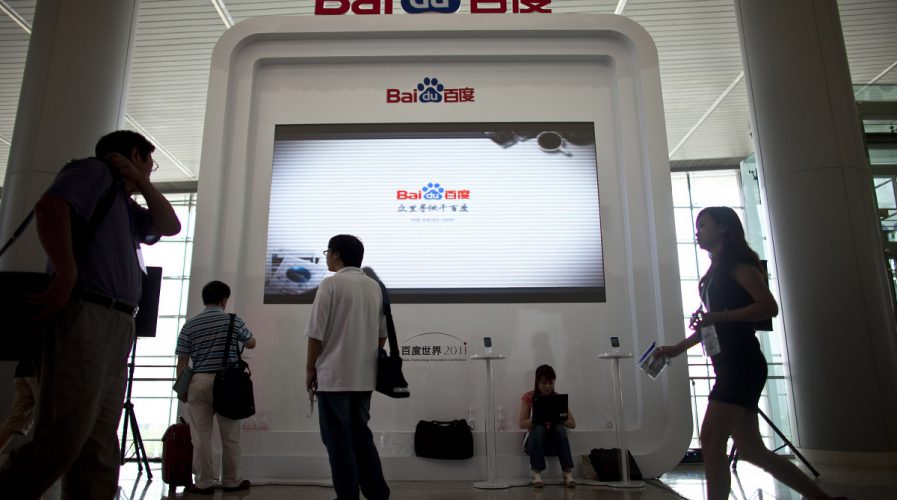 Visitors walk past an exhibit booth during a technology innovation conference held by Baidu. The company is targeting foreign personnel and technology in efforts to refocus company resources on developing artificial intelligence capabilities. Source: AP

AS a part of the hugely-influential corporate trio that is B.A.T (Baidu, Alibaba and Tencent), Baidu is heavily involved in China’s tech scene by ways of R&D and investment. The latest from the “Google of China,” which was discovered via WeChat, is that it has set up a 20 billion yuan (US$3 billion) investment fund dedicated to backing mid-to-late stage Internet startups.

According to TechCrunch, check sizes from Baidu will range from US$50 million to US$100 million, and a number of firms, including insurance funds and securities companies, have also contributed capital. Baidu said that it plans on helming the fund with “two or three managing partners from the investment industry”.

As an active investor in tech startups for a number of years now, Baidu has backed at least 49 companies including the likes of Uber China, according to its CrunchBase profile.

As reported by Reuters, the fund is a part of Baidu’s plan to “future-proof the company and hold on to users” as the tech giant continues to fight Tencent and Alibaba for market share. Baidu’s rivals are reportedly faring better with mobile users in China – which is the world’s largest smartphone market.

According to an earnings report which was uncovered by Reuters, Baidu “posted its steepest-ever quarterly profit decline and the slowest growth in revenue in nearly eight years”. This has a lot to do with new regulations being put on the healthcare industry, which is one of Baidu’s most important advertising sectors.

The opportunity to get ahead of its rivals may still come for Baidu though, as the virtual reality (VR) and augmented reality (AR) race is currently anybody’s game.

And Baidu isn’t just investing AI efforts into China, as it launched an R&D center for artificial intelligence in Silicon Valley back in 2013 – which it calls ‘The Institute of Deep Learning.’ The Internet giant has also made its foray into the self-driving car arena.