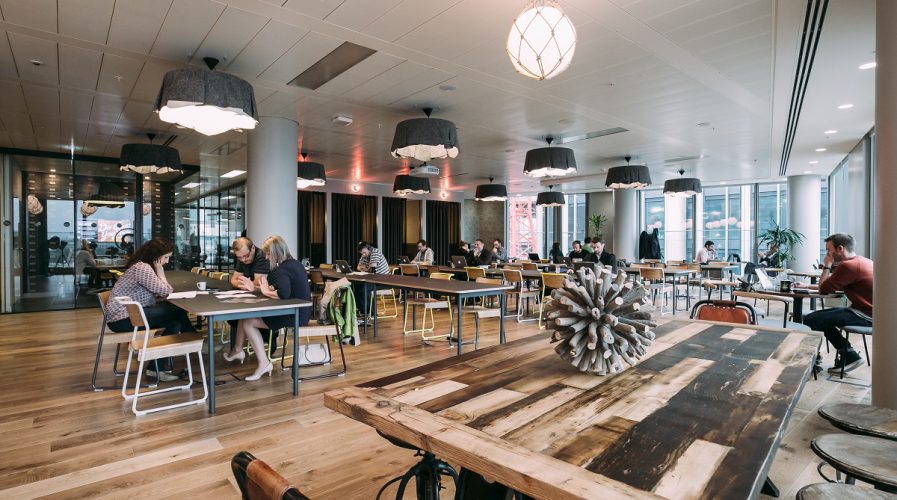 CASH-strapped tech startups are driving demand for co-working spaces in major Indian cities thanks, according to a Knight Frank report.

Setting up an office in Mumbai, Delhi or Bangalore can cost in the region of US$25,000 to US$30,000 a year, but the report found that opting for office sharing could save new businesses between 73 percent and 76 percent.

There are currently 61 co-working spaces in India, according to startup intelligence firm Traxcn, of which 16 were set up in 2016. And the US$10 billion U.S. office rental startup WeWork recently announced plans to open at least five locations in India starting from the second quarter of next year.

This follows the opening of the company’s first Asia offices in June, all of which are in Shanghai.

“Co-working spaces are popping up across metros as well as tier-2 cities, and are helping many startups get flexible working options at prices they can afford,“ Anuj Puri, chairman of real estate giant JLL’s India operation, told the Economic Times.

The pull is not only cost. For many it’s the chance to work alongside people from diverse industries and backgrounds that can act as a pool of mentors and advice for new businesses, according to Business Today.

Ensuring this added value means many providers screen start-ups applying for space. “We don’t judge them on their business or start-up idea, but ensure that our co-workers have complementary skills,” Delhi-based CoworkIn’s Founder, Yatin Thakur told Business Today.

SEE ALSO: How outsourcing to freelancers can work wonders for small businesses

It’s also turning into a lucrative marketing channel for financial and consumer brands. Awfis, one of the largest co-working spaces with 2,500 seats has partnered with 50 brands including Snapdeal, Dunkin Donut, MakeMyTrip, BNP Paribas and OLX to provide members with discounts in exchange for marketing commission.

“The seat will be free … in the next one year, you will see substantial discounts in the cost per seat,” Amit Ramani, founder and CEO of Awfis, told Hindustan Times.