IN Japan, where already-low birth rates are sinking and the ageing population is growing, ‘baby’ companion robots could be the key to fostering “emotional connections” among young people who are childless.

Toyota Motor Corp.’s latest non-automotive offering is Kirobo Mini, a palm-sized robot with big eyes and a high-pitched voice designed to be a companion robot for car journeys. According to Reuters, Kirobo’s baby-like features might be able to trigger broodiness in young people.

Fuminori Kataoka, chief design engineer of Kirobo, was quoted saying: “He wobbles a bit, and this is meant to emulate a seated baby, which hasn’t fully developed the skills to balance itself. This vulnerability is meant to invoke an emotional connection.” 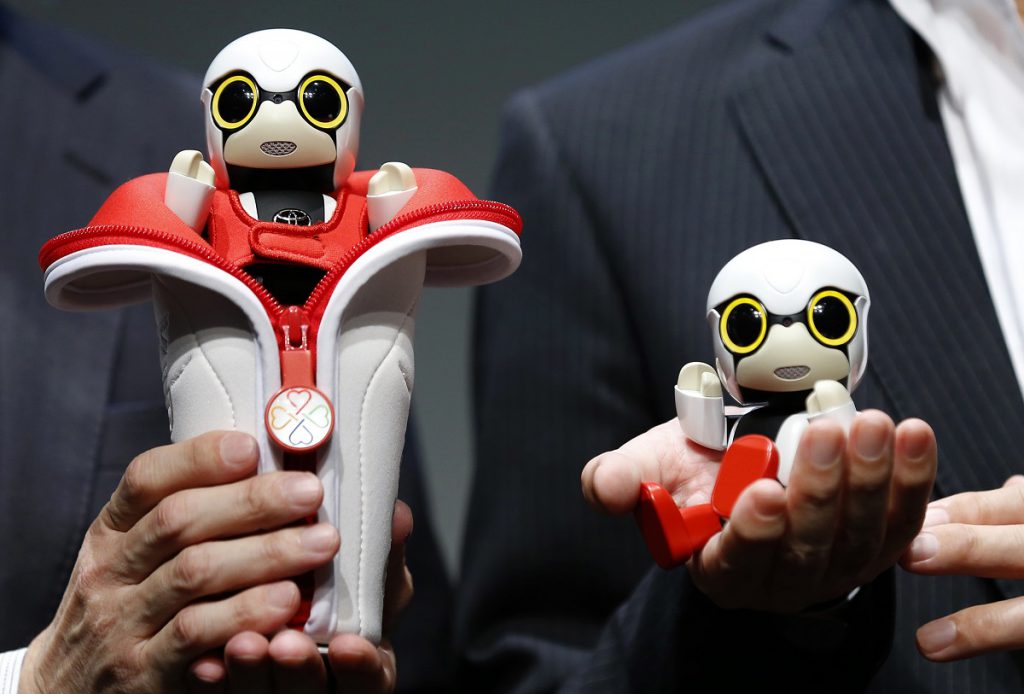 The robot can blink and speak in a high-pitched voice much like a real baby, and comes with a “cradle” that can also be used as its very own baby seat, which fits in car cup holders – as if the robot itself wasn’t already cute enough.

At US$392 (39,800 yen), Kiribo is not exactly a companion you can purchase on the fly, but the robot is impressive – it can recognize facial expressions, remembers its companion’s likes and dislikes, and keep up a conversation. It can also be synced with cars and home gadgets, reports CNN Money.

SEE ALSO: Waiting on robots: Can a robot server really replace a human one?

The Japanese government has been looking towards robotics to make up for lack of manpower, which has been made worse by a reluctance to allow more immigration into the country. A number of other companion robots are also in the works – such as Jibo, developed by a team of robotic experts from the Massachusetts Institute of Technology (MIT), and Paro, a cuddly robot baby seal designed as a therapeutic device for patients suffering from dementia.

However, it might be a bit of stretch to say that Kirobo could be the one to trigger a spate of broodiness among young, childless couples just yet. Robotics expert Prof. Dr. Kerstin Dautenhahn told BBC that although Kirobo is cute and could appeal to people’s “nurturing instincts”, the idea of a robot substituting a human baby is “offensive”.

Prof. Dautenhahn was quoted saying: “It might make people feel good, but there is no human component here, robots cannot be substitutes for children.”

It looks like the Japanese government will have to find another way to get the country’s birth rate up. Perhaps they could take a leaf out of Denmark’s book and come up with a series of ads that encourage couples to go on holiday to get it on…