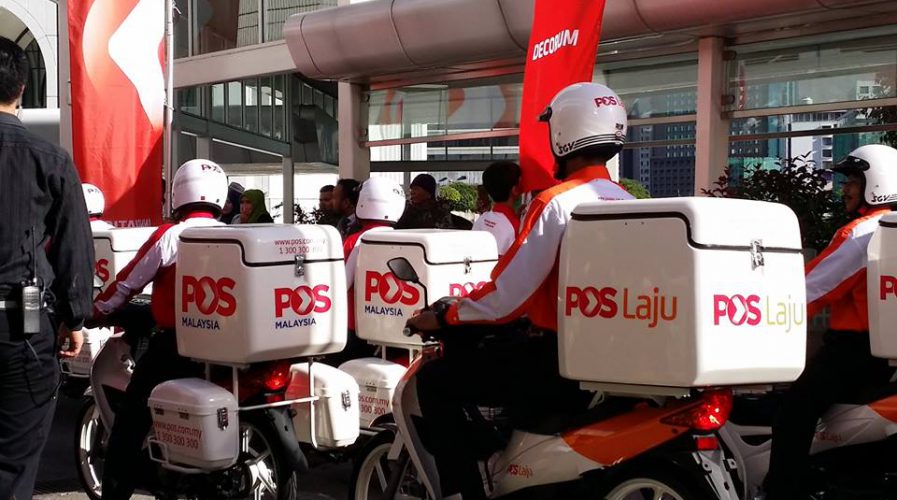 POS Malaysia, the country’s biggest and oldest postal service that began operating 200 years ago, is planning to discuss a much more straightforward role in logistics with Alibaba, one of China’s biggest tech and retail companies.

According to Bloomberg, Pos Malaysia wants to work towards getting past the middlemen when it comes to shipping items bought by consumers off Alibaba’s retail platforms. Mohd. Shukrie Mohd. Salleh, CEO of Pos Malaysia, told Bloomberg that the company wants to tap into the “booming” e-commerce industry.

The global retail e-commerce market is valued at an estimated US$1.2 trillion by the Universal Postal Union. Traditional postal agencies have been aware of the potential growth that lies in delivering goods from foreign e-commerce companies for some time now.

In 2014, Singapore Post (known as SingPost), noted in a report titled ‘The Changing Face of E-Commerce and Logistics in Asia Pacific‘ that Alibaba is one of the most productive online retailers in the Asia Pacific region, generating huge amounts of businesses for shop owners, shipping companies, and postal services.

Business has only grown bigger since the report, and the potential hasn’t gone unnoticed. Mohd. Shukrie told Bloomberg that the goal of the talks will be to cut out the consolidators that currently stand between them and Alibaba.

Consolidators collect and organize all mail that goes across country borders to their specific destinations, and negotiate particular rates with postal services in order to get the mail distributed. Striking a deal with Alibaba that allows Pos Malaysia to carry out the deliveries directly could possibly result in far more business for the latter.

Looking for quality products from reliable suppliers for your business? We can help with that! https://t.co/OkRsKKmSLs pic.twitter.com/Pu2Pg2bRgN

Mohd. Shukrie was quoted saying: “My focus is still e-commerce, and it is driving the logistics business. When e-commerce is booming, somebody needs to deliver these items.”

However, the Malaysian people may have some bones to pick about Pos Malaysia’s services. In July this year, the Consumers’ Association of Penang (CAP) complained that residents on the island, which lies on the northwest of Malaysia, had not received regular mail in three weeks.

“Does Pos Malaysia believe that just because mail is not sent by Registered mail and Pos Laju (Fast Post) mail that it is not important? That it does not matter whether they deliver it or not?” the CAP questioned at the time. “This is highly unacceptable.”

Others have taken to social media to express their grievances about Pos Malaysia’s service, particularly the lack of manpower in their offices:

Long wait in Pos Malaysia. All counters are operational but there's a huge backlog of patrons. Please do something @pos4you

So while Pos Malaysia throws its dice at international e-commerce, perhaps it also needs to look at how it can improve its services back home to better serve the Malaysian people first.