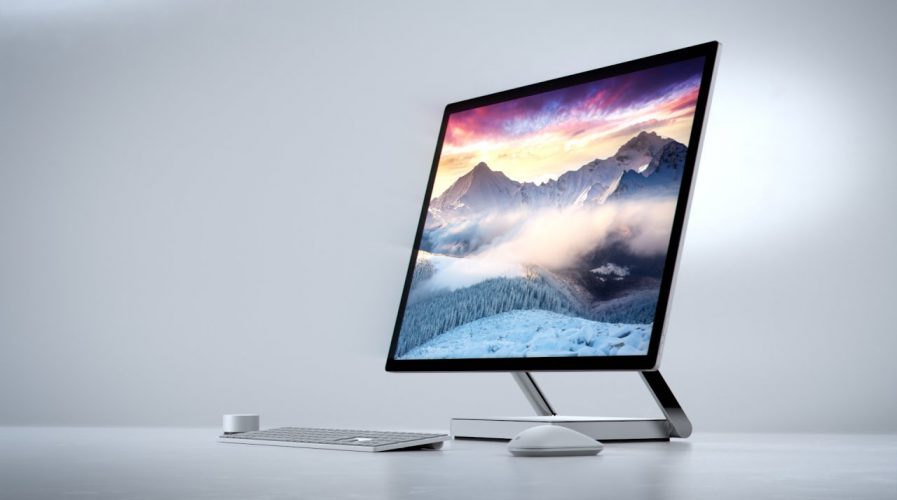 AFTER years and years (and years) of developing operating software for other computer makers, Microsoft has for the first time launched its own desktop PC alongside a new Windows update that has 3D simulation capabilities.

The computer, called the Surface Studio, was envisioned to try and win over people involved in creative industries. According to Reuters, Microsoft’s computing business sales have declined since last year.

Judging from the launch video, the Surface Studio will have graphic designers and other visual creatives in lust with its touch-screen monitor which can be adjusted to sit up like a regular PC or lie almost flat like an elevated canvas. The 28-inch display screen boasts more intuitive touch sensors that allow users to rest the sides of their hands as they write or draw as they would on a normal piece of paper.

The Surface Studio is the iMac Apple could’ve made if they gave a damn about desktop computing. It looks amazing. pic.twitter.com/t1QT0XUeHJ

A stylus called the Surface Pen was also launched to complement the desktop, as well as a new gadget called the Surface Dial. The dial works like a scroll wheel. When placed on the screen of the Surface Studio, it calls up menus based on what a user is working on – a color wheel or brush options, for example.

Additionally, the latest version of Windows – which will only upgrade for Windows 10 – includes 3D creation and editing tools in a revamped version of Paint, as Microsoft tries to shed the tool’s reputation for crappy memes and cartoons.

Microsoft Paint 3D: what we know so far pic.twitter.com/88Hs7U9N0S

Users can use the Surface Pen to draw 2D graphics that are automatically given depth and volume as a rudimentary introduction to 3D artwork. Once completed, the 3D creation can be posted on Facebook, added to Powerpoint presentations, or used in a VR environment, reports BBC.

A consumer tech analyst at Creative Strategies, Carolina Milanesi, told BBC that the inclusion of 3D technology is part of Microsoft’s strategy to woo customers interested in VR.

The launch of the Surface Studio comes just two days before rival Apple is due to hold an event, which is expected to unveil some significant updates on the company’s Mac computers.

SEE ALSO: Rumor has it: Apple to replace QWERTY keyboard with emoji-filled one

However, as impressive as the Surface Studio looks, keen users might wince at the starting price tag of US$3,000 – analyst Jan Dawson of Jackdaw Research told Reuters that this will put the desktop PC “out of reach for the vast majority of consumers”.

Microsoft said today that its revenue for the Windows and computing unit dropped 1.8 percent to US$9.29 billion in the last quarter. The Surface Studio could help pull them out of it thanks to its massively impressive specs and capabilities, but it’s unclear now if the price tag will put people off.