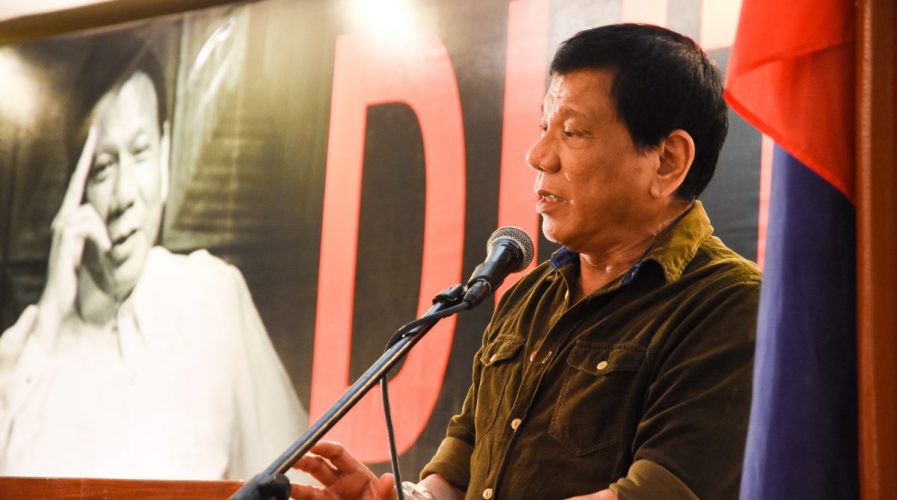 Philippines: Questions emerge for businesses as President Duterte jabs at US ties

IT has been quite the first 100 days for Philippine President Rodrigo Duterte and his administration. While his net satisfaction rating is high at 64 percent, his administration’s efforts have not been without criticism. Perhaps among the most controversial acts (well, recently) is his announcement that he is “separating” military and economic ties with the Philippines’ long-time ally, the United States, in a recent visit to China.

“America has lost now. I’ve realigned myself in your ideological flow. And maybe I will also go to Russia to talk to Putin and tell him that there are three of us against the world: China, Philippines and Russia. It’s the only way,” Duterte said, as quoted by CNN.

Duterte soon clarified his position as concerns about the details and extent of this “separation” emerged especially from American companies and Filipinos living in the U.S. by saying he was not cutting ties but instead pursuing a “separation of foreign policy”. There are 1.2 million business process outsourcing (BPO) jobs that face threat if U.S. companies leave the country.

The Philippine Peso slid to a 2009 low as investors pulled out funds due to policies set forth by the Duterte administration. Concerns have been expressed over allegations of human rights violations amid his drug war and bold pronouncements. Prior to declaring a “separation,” Duterte was also quoted telling U.S. President Barack Obama to “go to hell”.

A weaker Peso could be more favorable to BPOs as this allows them to compete at a better price point compared to destinations like India. However, investors prefer a stable currency since fewer dips and rises allows businesses to project finances more accurately.

BPOs will not be affected, says the government

The administration, however, remains confident that these statements will not hurt the current BPO climate in the country. Duterte spokespeople clarified that the president is only “re-balancing” trade from West to Asia.

Communications Secretary Martin Andanar insists that business is more viable here as Filipinos labor is cheaper compared to salaries in the US. He also mentioned the strong English skills of Filipinos that BPO firms also consider when deciding where to locate their businesses.

The BPO industry generates US$21 billion a year – second only to remittances from overseas workers as source of dollar inflow. BPOs account for 6 percent of the annual GDP.

Despite reassurances, many foreign investors are concerned over the seemingly erratic pronouncements of the president. U.S. and European business groups have both announced that trade and investment missions have been cancelled. Firms from both regions are now considering taking their business elsewhere.

American Chamber of Commerce of the Philippines’ senior advisor John Forbes tells The Philippine Star, “The anti-American comments are beginning to harm some new opportunities for the Philippines, as we know several trade missions and BPO investment plans have been cancelled. This is regrettable.”

As part of the clarification, the government insists that what Duterte meant is that he intends for the U.S. to consider better reciprocity in the relationship between the two countries. An example cited was the U.S. visa process – U.S. citizens can enter the Philippines visa-free but Filipinos have to follow a stringent visa application process to do vice versa. Based on these comments, tightened travel access might be in store for Americans in the future.

The region also seems to be unsettled by these pronouncements. The Philippines won a landmark case against China over the territory in the South China Sea. Neighboring countries Vietnam, Malaysia, and Indonesia are also at odds with China over the same issue. However, this pivot by Duterte in the relationship with China seems to jostle the status quo.

Despite this, many ventures still are hopeful and optimistic that things may eventually settle down as the new administration becomes more settled in.

SEE ALSO: Fintech in the Philippines gets a boost with smartphone-enabled ATM withdrawals

Co-founder of outsourcing firm TrusTeck Kevin Leversee told Tech Wire Asia: “I have always believed that the Philippines could well become the next Silicon Valley. The future is in innovation and technology, and that is where we should focus. However, when everyone is nervous and uncertain, it does not help.

“In the BPO industry, some of my colleagues are nervous. There are plans to put up new BPO centers that have been put on hold. Even big, new, shiny office buildings are empty inside. Everyone is waiting to find out what is going on.”

The country still boasts an educated talent pool that covers many industries aside from the popular call center industry. Services in software development, virtual assistance, media, art, and animation are all gaining traction in securing markets across the globe.

“I am all for a strong Philippines, but we need to be more forward looking,” Leversee said.