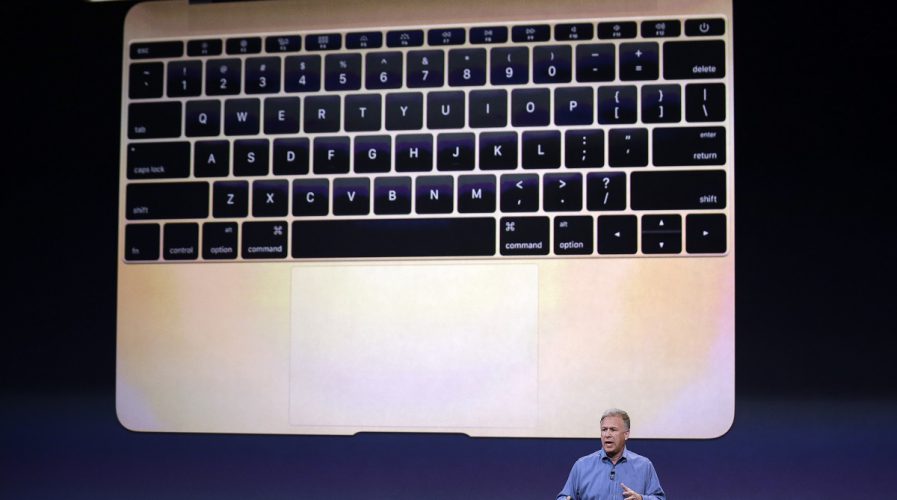 Rumor has it: Apple to replace QWERTY keyboard with emoji-filled one

THE  latest from the tech rumor mill is that Apple is planning on swapping up its QWERTY keyboard for an E-Ink one – used by Kindle – by 2018, which was first reported by the Wall Street Journal.

Before you panic and clutch at your beloved QWERTY keyboard for fear of losing it, here’s how it works. Depending on which app you’re using, the keyboard will display different characters such as any alphabet, context-sensitive buttons for design software like Photoshop and the most important part of all – easy-to-deploy emojis.

According to the WSJ report: “‘The new keyboards will be a standard feature on MacBook laptops, and will be able to display any alphabet, along with an unlimited number of special commands and emojis,’ people familiar with the plans said.”

This is of course, still just a rumor, but the scoop stems from conversations between the Cupertino company and Sonder Design – a developer of keyboard technology. Sonder, an Australian startup that’s a part of the Foxconn incubator program, was apparently in talks with Apple to have its keyboards added to 2018 MacBooks.

The keyboard that Sonder has developed, which is up for pre-order at a $199 price tag, gives access to dynamic and contextual keys which can be customized depending on things such as the language the user is typing in. 9to5Mac also reports that Sonder’s tech is not unlike what Apple plans on including in its refreshed MacBook — which is expected to swap the keyboard’s top row of keys for an OLED touch panel.

The rumor trail is a lengthy one that’s shrouded in mystery, as the possibility of an Apple-Sonder acquisition was first suggested by a Reddit post that has now been deleted. The Reddit user claimed to have used an Apple keyboard prototype using Sonder’s technology at an event run by the Foxconn incubator.

“It’s really a solid indication of the future of input technology,” she said in the post about her experience with the prototype. “Apple has a reputation of making big leaps which are seen to be unpopular but then become the new standard. Dynamic keyboards are the standard for phones, they will be for laptop and desktops too.”

And she might be right. After all, Apple was widely ridiculed for “courageously” killing the headphone jack, which Recode’s editor-in-chief has recently said “has turned out just fine.”

SEE ALSO: Apple: Will the decision to kill off the headphone jack pay off? The Internet thinks not

We’ll stay tuned in to the tech rumor mill and keep you updated as more on the Apple-Sonder deal comes in.