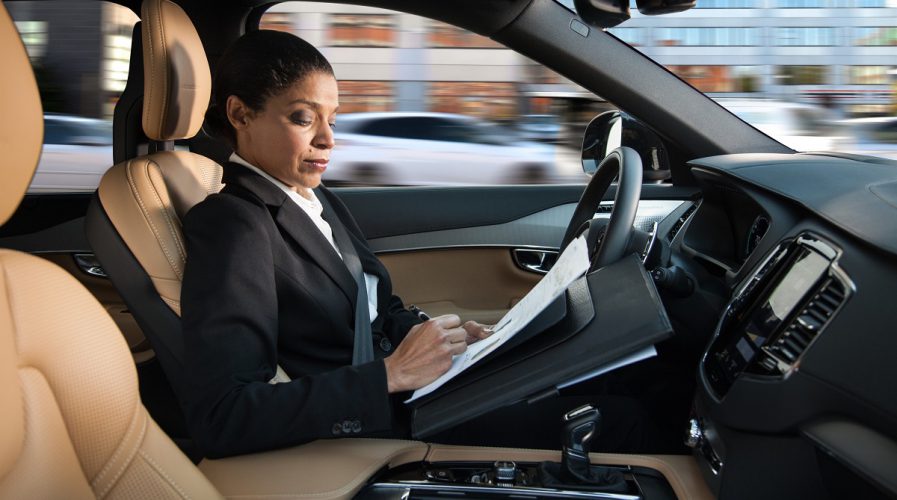 IN August, the first self-driving taxis in Asia were rolled out in Singapore by nuTonomy. The cars only navigated a 2.5 sq. mile district, but their pilot run firmly marked the beginning of the self-driving car movement in the Asia Pacific.

Self-driving cars are no longer a futuristic idea. Uber, Volvo, Ford, Toyota and even Chinese search engine Baidu have all announced plans for self-driving cars.

But there are still major challenges to adoption of self-driving cars, especially in the often over-congested city roads found in the Asia Pacific.

As providers of state-of-the-art navigation technology, TomTom is at the forefront of the automated driving revolution helping to make self-driving cars a reality.

The company, which has 450 million users, recently launched its ‘Localization Demonstrator’.

The new demonstration device leverages TomTom’s HD Map and RoadDNA technology and uses sensors expected in autonomous vehicles to provide accurate and robust lane-level localisation of a vehicle and the ability to perform real-time lane positioning.

From A to B, #AlfaRomeo to #Peugeot, we are powering the present and future of driving. #navigation #MondialAuto pic.twitter.com/BLIeahuohg

Product Marketer Automotive at TomTom, Tomaso Grossi, shares his expertise with Tech Wire Asia on how self-driving cars can change the car market in Asia Pacific, if the industry can overcome the initial challenges.

What is the potential for self-driving cars in Asia Pacific?

The potential is enormous. Asia faces some interesting developments and some interesting challenges; there is very strong urbanization in some specific markets, for example, China, South Korea and Japan.

The issue self-driving cars can address are to do with congestion of urban environments as they are likely to, to some extent, take some cars off the road and reduce congestion as well as emissions.

Another way they will be very helpful in is for the elderly, people who cannot drive or are not allowed to drive – self-driving cars will enable mobility for those people.

In TomTom’s view those are the main applications – helping reduce congestion and emissions in very large urbanized areas, as well as enabling people who are not able to drive to be mobile.

What are the challenges to achieving widespread adoption of self-driving cars in Asia?

Speaking about Asia specifically, we have to acknowledge that self-driving cars will not be widespread from the beginning. They will have to co-exist on the road network with traditional vehicles and many other forms of transportation.

In Asia, there are quite a few different types of transportation. The traffic and congestion situation can be very complicated in some areas, and self-driving cars will have to cope with all that uncertainly, which will definitely present challenges to how self-driving systems react to certain driving situations.

That will make it a bit challenging in that region and at the same time some segments of the population might be technologically adverse. We don’t see this as a significant issue, however, especially in the Asia market, but in some other markets it might be more pronounced.

What general challenges does the self-driving car market face?

In general, I think the industry just needs to make sure the technology is robust and reliable.

We have seen a number of applications based only on a very small set of sensors and perhaps limited processing capacity and that leads to a system that is perhaps not as reliable as it should be.

The industry is realizing this and making big steps in the technology – such as having a range of sensors, camera apps, radar and light detection and ranging (LIDAR), having more advanced algorithms for processing data and steering the car.

Another set of challenges lies in the social and regulatory space; socially, people need to be convinced that it is safe. They will need to be in the car and understand what the car is seeing and planning to do and how it will do it for them in order to comfortably leave the driving task to the technology.

In the legal and regulatory space we see governments having different policies in different parts of the world.

From a car makers perspective it would be nice if that was more homogenous as that would enable scaling across the world and different countries.

It will take time but there are already some pilots taking place across the world. Actors move as fast as legislators announce but they will also push legislation to allow self-driving cars.

What is your projection for the timeframe for self-driving cars on the road?

We are not a driver of the technology but an enabler so we can’t really say. However, we already see self-driving vehicles in confined environments – airports have shuttles without drivers, for example. In that sense it is easy as there is no traffic.

However, the step towards adoption of automated driving of personal vehicles with active steering [whereby the relationship between the driver’s steer inputs and the angle of the steered road wheels may be continuously and intelligently altered] is only a small step and we see that coming into the market pretty soon.

The taxi use case perhaps may take a bit longer but as you see from announcements from ride-hailing companies, they also plan to do pilots rather quickly in specific cities.