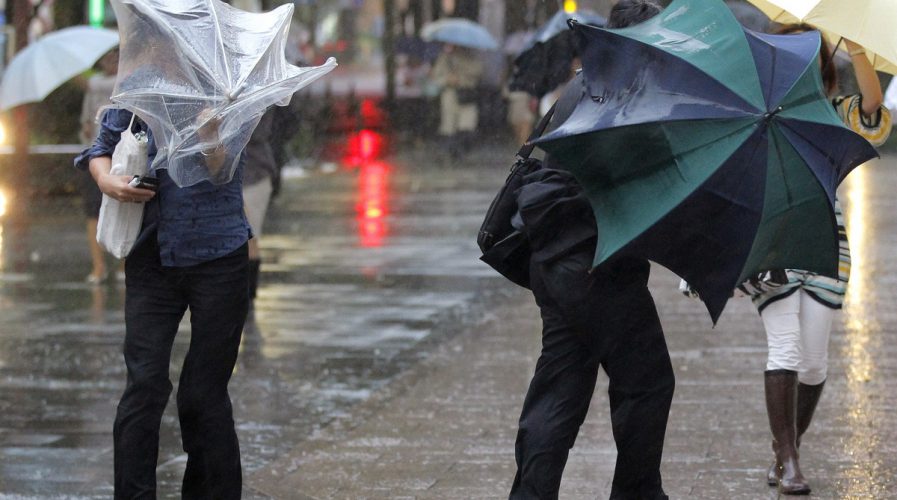 THE energy from one typhoon could power Japan for 50 years, according to a Japanese engineer who has designed a wind turbine robust enough to harness power from a typhoon.

Engineer Atsushi Shimizu has invented the world’s first typhoon turbine. The power harnessing device is shaped like an egg beater and robust enough to withstand a typhoon.

“For decades, Japan has brought in European-style wind turbines, not designed for typhoon zones, and installed them with no careful consideration — they’ve broken almost entirely,” Shimizu told CNN.

Conventional wind turbines are not built to withstand typhoons or extreme weather events.

Because of this, Japan has opted for solar power over wind power but wind power has the potential to produce more energy in Japan, says Shimizu.

According to the Atlantic Oceanographic & Meteorological Laboratory a mature typhoon produces a level of kinetic energy “equivalent to about half the world-wide electrical generating capacity”.

Japan could use a new reliable energy source as it currently imports about 84 percent of its energy needs since scaling down its nuclear energy program after the Fukushima Daiichi nuclear disaster in March, 2011. The disaster caused by an earthquake and tsunami created widespread mistrust of nuclear power after local communities had to be relocated due to radiation risk.

An average of 2.6 typhoons per year have made landfall on the four major islands of Japan, since 1951 when records began. A record 10 made landfall in 2004.

The team designed an omni-directional vertical axis that is able to withstand Japan’s unpredictable wind patterns.

a typhoon-proof wind turbine which in one typhoon produces enough energy to power Japan for 50 yrs! https://t.co/mCkWGjhG6a via @slashgear

Tightening the center rod of the turbine means engineers can adjust the speed of the blades to ensure they don’t spin out of control in a storm.