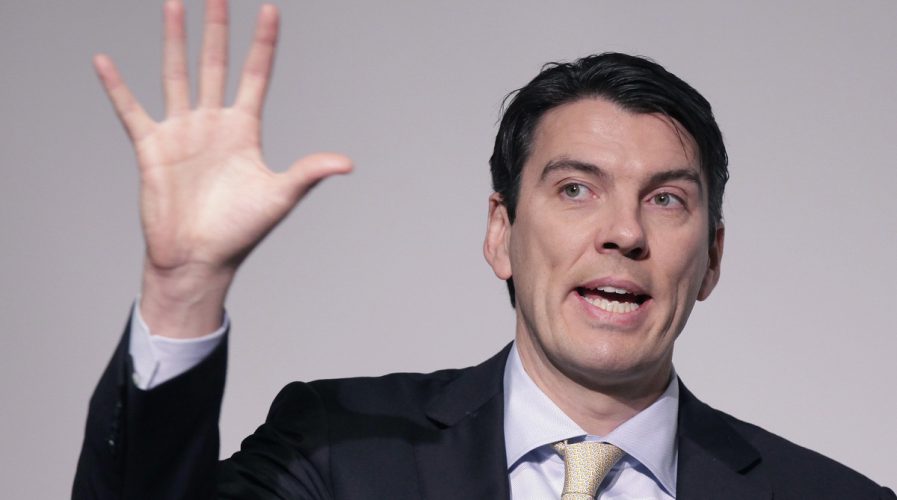 Tim Armstrong, Chairman and CEO of AOL and Verizon, talks at a media summit. Pic: AP

INTERNET giant Yahoo’s ship seems to be sinking even further – from admitting to being aware of a massive data hack in 2014, to this week’s revelation of email scanning for U.S. intelligence agencies, the past two weeks have been trying to say the least. Now Verizon is reportedly asking for a discount of US$1 billion for Yahoo’s core Internet business.

The original price tag of US$4.8 billion was initially agreed on in July, but Yahoo’s recent troubles may have proven to be too much of a risk for Verizon.

According to the New York Post, who cited exclusive sources, Verizon’s CEO Tim Armstrong is beginning to get “cold feet” and was questioning the company’s options over the deal. Armstrong is reportedly in California to try and reach a new negotiation with Yahoo’s executives, including CEO Marissa Mayer.

Is it possible that Verizon will pull out of the Yahoo deal? https://t.co/6oImRzlHi6

If this part of the Yahoo-Verizon acquisition is true and has legs, security issues WILL be a negotiating point for other acquisitions.

However, Yahoo appears to be pushing back against negotiations, according to NYP’s sources, saying that “a deal is a deal”, despite concerns that Yahoo’s value has diminished after the revelations.

The American telecom giant may also set aside US$1 billion in reserves to deal with any possible liabilities that may come out of Yahoo’s data breach in 2014, which saw 500 million users’ accounts compromised.

Information including names, email addresses, telephone numbers, dates of birth, hashed passwords, and security passwords were stolen by the hackers – yet Yahoo failed to issue a password reset for the affected accounts until this year.

Yahoo’s chief security information officer, Bob Lord, said in a blog post that the breach was likely carried out by a government-hired individual. This echoes Yahoo’s recent mess, in which they reportedly complied with U.S. intelligence agency FBI’s demands to scan all their users’ incoming emails.

The Internet company has since called the Reuters report on the email scanning revelation “misleading”, but did not deny that it happened.

Verizon’s Armstrong was asked about the hack in a televised interview by CNBC last week, but deflected the question by saying it was important to keep the investigation separate from Yahoo’s integration with his company.