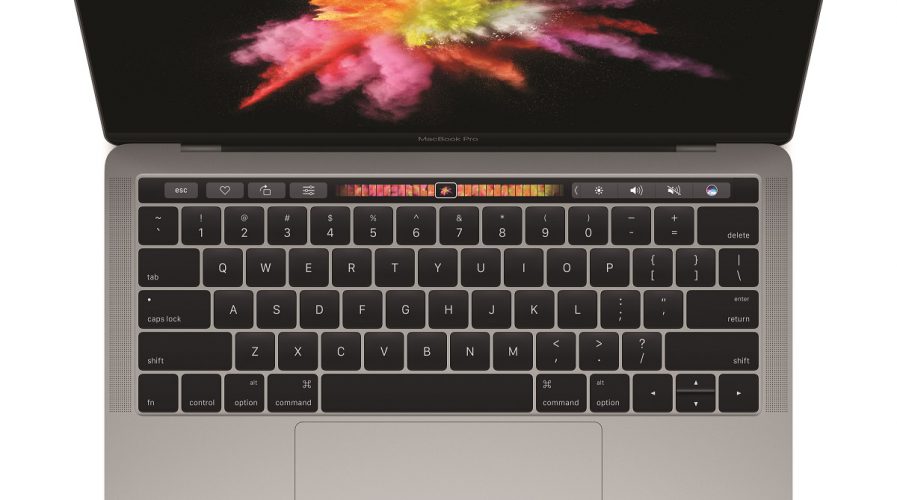 Apple: Is the new MacBook Pro’s Touch Bar a travesty or logical?

LAST month, we shared from the rumor mill Apple’s alleged plans to replace its existing MacBook keyboard with an e-ink, Kindle-like one.

If you believe that tech tidbit, then the MacBook Pro’s slick new Touch Bar might be the first signs of Apple’s move into replacing its QWERTY keyboard altogether. While PC users are snidely pointing out that certain Microsoft laptops already have touchscreens, it would seem that steering away from the touchscreen route was actually the right choice for Apple.

This TechCrunch writer seems to think so, due to the way that people interact with their machines. Matthew Panzarino wrote: “People don’t use touchscreen laptops like they do tablets….[because] most people use touch screen for light interactions a half dozen to a dozen times a day.” And he’s right — besides performing actions such as web page scrolling and image zoom, touch screens on laptops are not really conducive to improving work flow.

The Touch Bar is a customizable OLED touch screen that pulls up relevant shortcuts for users depending on which program they’re in. For example, if you’re in the ‘Mail’ app, the Touch Bar will pull up formatting options with a rainbow strip to change the color of text. Or if you’re in ‘Safari,’ you can easily jump between open web pages. And it goes without saying that in any communication-related apps, the bar can become a string of colorful emojis.

Another interesting take on the Touch Bar floating around the web is that Apple’s latest MacBook addition is actually a mini Apple watch.

Irish programmer Steven Troughton-Smith explained that: “From everything I can piece together, the T1 chip in the new MacBook Pro is a variant of the system-on-a-chip used in the Apple Watch,” which essentially means that the Touch Bar is powered by watchOS.

“Today, it might be similar to an Apple Watch in capability, but there’s so much potential for this to grow,” he said. “The Touch Bar theoretically could run while the rest of the machine is turned off, so you get all the low-power and security benefits of an iOS device, without having to switch to ARM completely on the desktop.”

This means that Apple could eventually transfer over some of their users’ favorite iOS features and apps over to the MacBook without ever having to venture into touchscreen territory – since chief designer Jony Ive has always felt that multi-touch function wasn’t the right approach for the Mac.

There are plenty of tech commentators waxing lyrical about how Apple has “lost its way”. Owen Williams at Medium said that Apple used to dominate the market for creative professionals, but now the laptops are mere “vanity project[s]”. He added: “Apple, it seems, is angling for the ‘amateur creative’ and isn’t interested in anything else anymore. It wants the market that sits in coffee shops with its brand and only buys Apple, but doesn’t mind so much if the core demographic disappears.”

But Apple’s influence on user interfaces is undeniable and has been emulated repeatedly in the past – and people have adopted and adapted to the new technologies nearly seamlessly. The new Touch Bar technology could very well be the next “logical step in UIs for laptops”, says Recode.