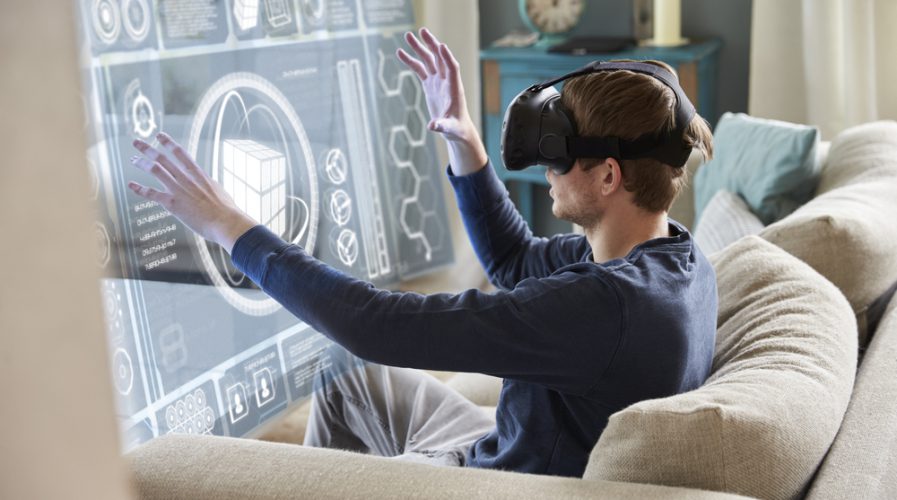 NOT to be outdone by every other tech giant’s foray into the VR wearable space, Apple is now thinking about making digital glasses.

As reported by Bloomberg, the glasses would be wirelessly connected to the iPhone, “show images and other information in the wearer’s field of vision, and may use augmented reality.” These extraordinarily vague details were shared from anonymous sources familiar with the matter – but it’s still exciting to know that Apple is thinking about expanding their wearable line past watches.

Sources also revealed that Apple has had conversations with potential suppliers in regards to the glasses project and has ordered “small quantities of near-eye displays from one supplier for testing.” Since Apple is known to launch many test projects and often pivot, pause and cancel them – it’s a possibility that these glasses will never see the light of day.

According to Bloomberg, the iPad was apparently being tested in the early 2000’s but it didn’t make it into users’ hands until 2010. If the glasses do make it out of the lab, sources say that the earliest it will be introduced is in 2018.

So why is Apple getting into the AR glasses space and how will it succeed where Google has failed?

For starters, while Google unabashedly and very publicly launched Glass in private beta despite all of its glaring flaws, Apple has been quietly priming itself towards developing an AR product through acquisitions.

In 2013, it acquired PrimeSense, the company that developed the motion-sensing tech used in Microsoft Kinect’s gaming system, and has also purchased AR software startups including Metaio and Flyby Media in 2015 and 2016 respectively. The company also has AR-related patents for features such as “street view” in mapping apps and also owns a patent for glasses using VR technology.

CEO Tim Cook believes in AR and notes how inseparable it will be to our daily lives in the future in a talk last month in Utah: “[Augmented reality] is going to take a while, because there are some really hard technology challenges there, but it will happen in a big way, and we will wonder when it does, how we ever lived without it. Like we wonder how we lived without our phone today.”

The biggest challenge for Apple will be perhaps to fit all the components needed to make a sleek and working pair of AR glasses. One of the biggest reasons for Glass’ failure was because its battery ran out so quickly. Beyond poor battery life, Glass was also really expensive, was called out for potential privacy issues and was too positioned for the tech elites. These are all mistakes that Apple can learn from and it certainly has the “last-mover advantage” in this case.