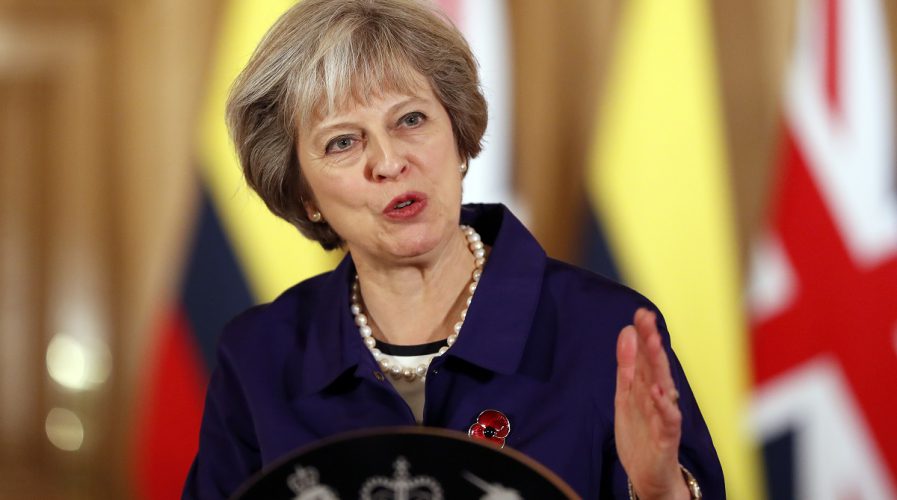 BRITISH Prime Minister Theresa May will bring a delegation of 250 to the Indo-U.K. Tech Summit next week.

The group will be made up of business people, educationists, thought leaders and government officials. It is likely to include representatives from GlaxoSmithKline, Barclays Bank, HSBC, University of Cambridge and University of Glasgow, according to the Business Standard.

While the program and delegation list have still not been made public there are expected to be sessions on health care, smart cities, robotics, start-ups, automation and education.

The Confederation of Indian Industry President told Business Standard that the focus will be on R&D and advanced manufacturing, though Brexit is also likely to be a central topic of the summit.

This is May’s first bilateral visit outside Europe since taking over as prime minister after the June 23 vote to leave the European Union (E.U.). And according to the Hindustan Times the visit is likely to be designed, at least in part, to send a message to the E.U. that Britain has other options as she tries to navigate the acrimonious divorce from the regional block.

There is work to do though as trade between the two countries has declined by 10 percent from the 2013-2014 period to 2015-2016. However, the U.K. is still the third largest investor in India in terms of foreign direct investment and the largest among G20 countries.

An official handling the event told The Business Standard that the visit is being seen as beginning of a new era of economic relations between the two countries with technology collaborations at the core of this partnership.