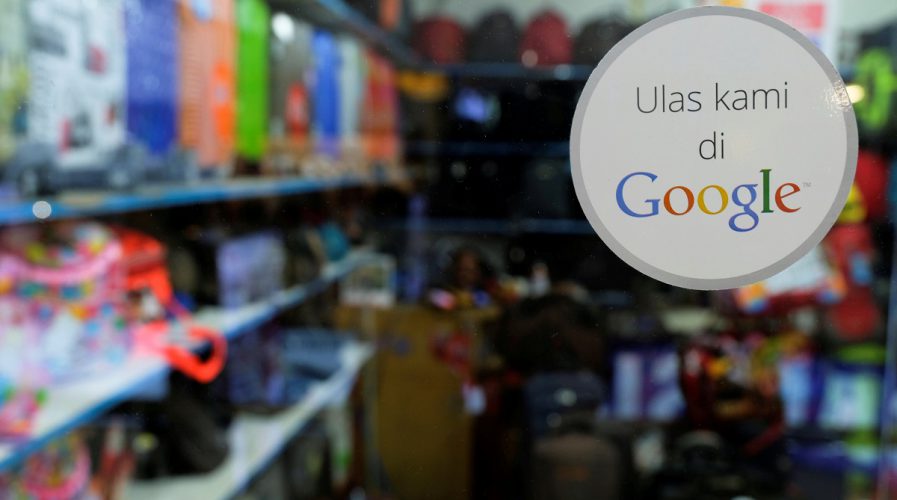 A sticker reading ‘Review us on Google’ is pictured at a smartphone shop in Ambassador Mall in Jakarta. Pic: Reuters

GOOGLE, of Alphabet Inc., is said to be near settling a tax deal of around US$73 million with the Indonesian government.

If a settlement is made Google will not be fined and will pay no more 1 trillion rupiah in back taxes, a senior tax official told the Wall Street Journal.

The figure is far less than Indonesian tax authorities originally sought according to the tax official.

In September, the tax agency said U.S.-based Google owed up to five trillion rupiah in 2015 in taxes and fines. The figure is based on data from other government agencies about digital-ad revenue for the Indonesian market

In the past Google has said it has paid all applicable taxes in the country.

“Consider this a tax amnesty for Google,” Muhammad Haniv, head of the tax office’s special-cases unit, said in an interview with WSJ last week.

The government is looking to increase tax collection from multinational companies to fund its infrastructure program.

Google, Indonesia close to tax deal for no more than $73 million, far less than what the govt initially sought https://t.co/BpminetvY6

In April, the tax agency said it would investigate foreign internet companies, claiming they had been underpaying tax for years.

According to Bloomberg, Indonesia is sizing up Facebook as the next perpetrator on its tax list. Haniv told reporters last week that the social media giant owes Indonesia anywhere between two trillion rupiah (US$148 million) to three trillion rupiah in unpaid taxes.

Officials reportedly sent a letter to Facebook in Ireland to request a meeting regarding the issue. Yunita Purnamasari, a spokeswoman for Facebook in Jakarta, told Bloomberg that the company had no comment at that stage.