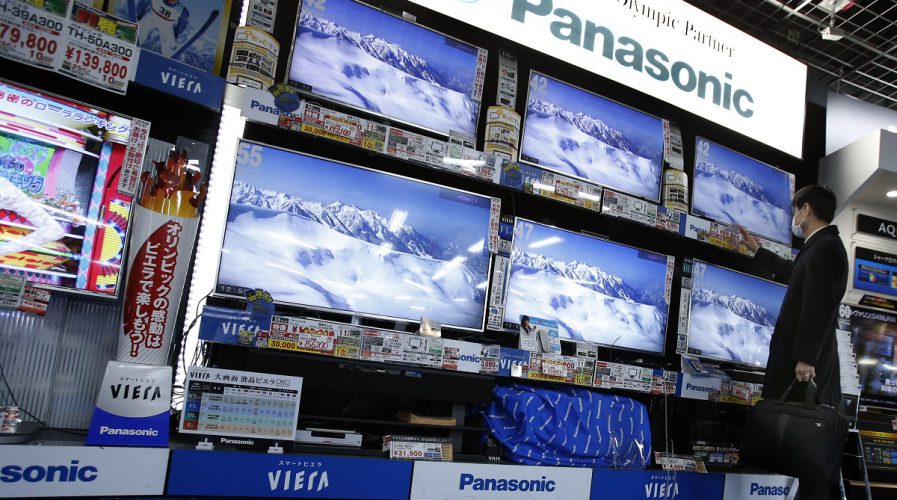 A shopper looks at Panasonic’s flat-panel televisions at an electronics retail store in Tokyo. Pic: AP

LEADING electronics manufacturers Samsung and Panasonic have been accused of exploiting Nepalese workers working in the companies’ supply chains in Malaysia.

An investigation by The Guardian revealed allegations of abuse made by workers based in the factories. The workers claim to have been deceived about pay, had their passports confiscated and being told they must pay large fines if they wanted to return to Nepal.

They also claimed they were forced to work for up to 14 hours on their feet without adequate rest, and with restricted toilet breaks, in an attempt to settle recruitment fees of up to £1,000 (US$1,247) – they said they had to pay this money to secure their jobs.

The two Asia-based companies have launched an investigation into the allegations.

The newspaper spoke to 30 Nepalese migrants making products for Samsung and Panasonic in Malaysia.

“I wouldn’t have come here if I had known the real conditions and salary. I was manipulated,” one man was quoted tellingThe Guardian.

“[The labor supply company in Nepal] are using the name of Samsung to cheat people,” said another worker. “We have been cheated, but we don’t want others to be cheated.”

According to the paper, some of the men working for Samsung are employed directly by the company, but the majority are hired through a labour supply company. The workers assembling or making parts for Panasonic are employed by subcontracting companies.

Both Panasonic and Samsung say they forbid their suppliers from confiscating passports or charging migrant workers recruitment fees.

However, all the men interviewed by the Guardian claimed they had paid up to £1,000 to recruitment agents in Nepal to secure their jobs in Malaysia.

All the workers also claimed their passports were confiscated on arrival to Malaysia which is illegal under Malaysian employment law.

Without their passports, the workers said they couldn’t freely leave their jobs and return home without paying fines equivalent to three or four months’ basic salary.

A spokesperson for Panasonic told the newspaper: “We are currently conducting on-site investigations of labor supply companies we work with in Malaysia and the migrant employees hired by these companies. If any violations are uncovered, we will make immediate corrective actions and moving forward we will suspend our business with companies that are found to be in violation.”

“Panasonic will conduct a full investigation into the claims made by the Guardian. We are taking these allegations very seriously and if, in fact, we discover that one of our suppliers has violated such laws or regulations, we will ensure and require them to take necessary corrective action immediately,” the company added in an emailed statement.